The report suggests that it will be just like an Atom 230 processor with an extra core, both running at 1.6GHz with a 533MHz FSB and a total of 1MB of L2 cache (2 x 512KB) that is not shared between each core. 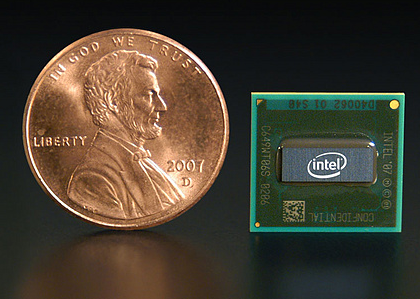 Fudo goes on to say that the dual-core part will only have a TDP of 8 watts which is rather decent for a chip that will start to offer rather solid performance for the markets it is intended - sub-notebooks such as the ASUS Eee PC and MSI WIND, mobile phones, Mobile Internet Devices (MIDs) and UMPCs.

You can read the rest of the story over here.