Using a single 1GB Corsair Dominator DDR3 module (in other words, not dual channel), Corsair were able to hit a staggering 2462MHz DDR. As far as the test system goes, an Intel E8400 processor was used along with an ASUS P5E3 Premium motherboard, which is based on Intel's new X48 Express chipset. 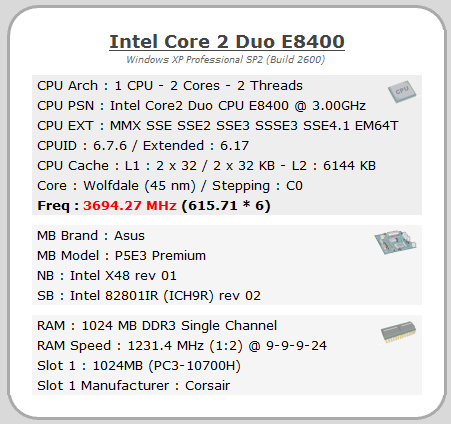 The result was validated and uploaded to CPU-Z Validation Database and you can check that out right here.

So, what surprises do we have left for Computex now? It's usually in Taipei that we see current memory technologies pushed to their absolute limits. Maybe we see 2600MHz or 2500MHz at the show but with current memory dividers in the BIOS, it may be hard to reach that high.