It has full support for DX10 but not the extra extensions in the newer version. AMD and S3 are currently the only companies which offer DX10.1 support on their graphics cards with Nvidia lacking it at this stage of the game. Fudzilla is already making certain claims that Nvidia may have had something to do with the lack of DX10.1 support in the new benchmark, since its current GeForce 8 and 9 series cards do not support it. 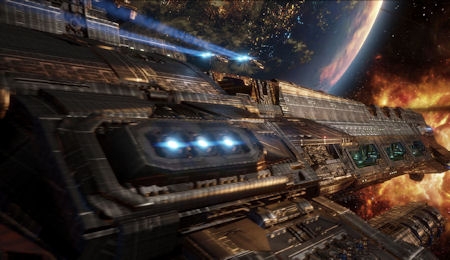 PCGH in Germany goes one better by asking the source directly. Dr. Jukka Makinen from Futuremark claims that no DX10.1 test or support was included due to the fact that DirectX 10.1 became available so late in the development process that Futuremark were not able to test and evaluate it in time for potential inclusion into this benchmark release.

It begs the question though; surely it wouldn't have taken too long to include a basic DX10.1 test? As Fudzilla mention, shouldn't the latest 3DMark include all the latest hardware features? Maybe we'll see an update to Vantage later once Nvidia has DX10.1 cards out.