That all changes with the launch of the RocketRAID 3120 two port PCI-Express x1 RAID controller card. It has its own onboard I/O controller and memory, which is essentially what makes it hardware controlled, rather than relying on the system CPU to take care of the important controller duties. 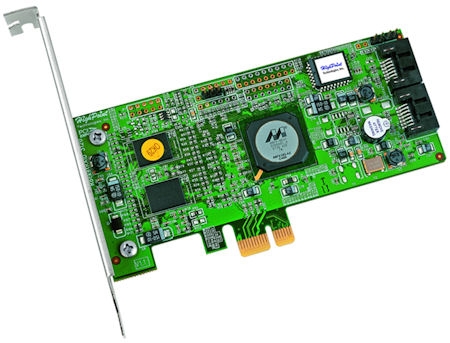 Being a two channel controller, you'll get RAID 0 and 1 support along with JBOD. It is also designed using a low profile layout which will make it suitable for servers that are rack mounted. Probably the best part of the story is that it will only cost you $139 and with that HighPoint claims it is ending the luxury cost of true hardware RAID.

You can read more over at the HighPoint product webpage which is right here.