It is the latest chipset to the market supporting the latest tri-core and quad-core AMD Phenom processors using HyperTransport 3.0 interface system bus. It is also the first high-end based chipset from NVIDIA which has onboard graphics - which as we reported early, will be a regular feature on all NVIDIA chipsets from now on. 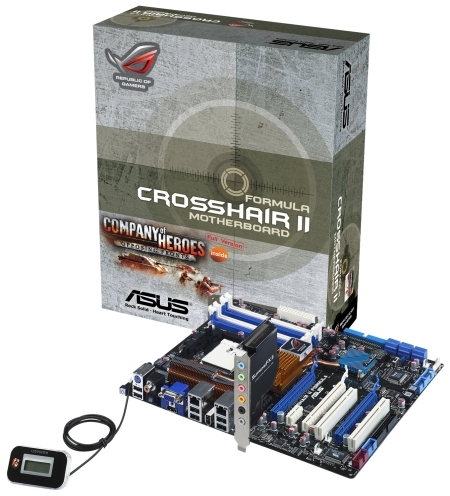 So far ASUS is the first out with an nForce 780a product announcement and it is no less than its ASUS Republic of Gamers (ROG) Crosshair II Formula motherboard. It comes packed with features including CPU Level Up, SupremeFX II audio card, three PCIe2.0 x16 supporting SLI (dual x16) or 3-way SLI (x8, x8, x8). There is also the full version of Company of Heroes Opposing Fronts thrown into the bundle for good measure, too.

You can find out more over at the ASUS press release.