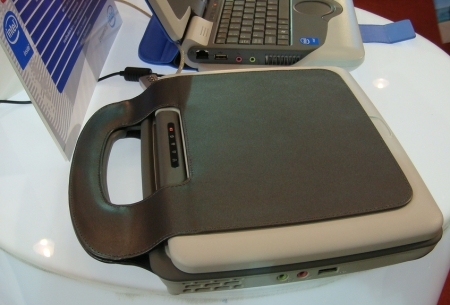 While the shots appear as if they were taken at a trade show event in Thailand, we can work out some of the specs of the Eco PC. It is said to use an Intel Ultra Low Voltage (ULV) 900MHz processor and will include between 512MB and 1GB of DDR2 memory depending on the selected model. 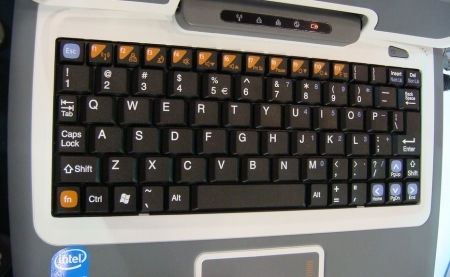 Each model is based on a motherboard using a mobile Intel 915GMS Express chipset. There will be 7" and 9" LCD versions with the latter supporting up to 800 x 480 pixel resolution. Each includes a built-in 4-in-1 card reader along with 10/100 Ethernet networking and stereo 2.1 channel speakers.

The low-cost notebook computer market is definitely heating up in front of our eyes!