"Eee" as it became known is now set to sell the next phase of production (5 million units), with two of every three units sold being loaded with a Microsoft Windows operating system. The other one third of those units will contain the Linux operating system that has been sold in earlier units of this small, highly useful mobile laptop. 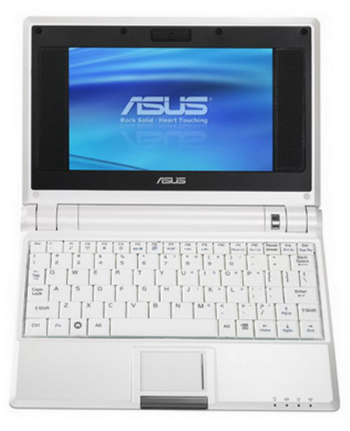 According to a quote from Reuters; Asustek Chairman Jonney Shih said at a press conference that the Microsoft operating system would be Windows XP and will be priced around $390 to $400 USD.

From the same article, Lillian Lin, Head of Marketing mentioned that sales were strongest in Europe, with Asia Pacific and China coming in second. It seems clear that Asustek has now learned what VIA Technologies have known for a long time; that the low income households and consumers also want to tap into the digital world of electronics and PC's.

The Eee PC is certainly a positive step in that direction. You can read more here.
Newsletter Subscription