All NewsBusiness, Financial & LegalCases, Cooling & PSUContests & GiveawaysCPU, APU & ChipsetsDealsDisplays & ProjectorsGamingMotherboardsScience, Space, Health & RoboticsStorageVideo Cards & GPUsVirtual & Augmented Reality
All ReviewsAll ArticlesAudio, Sound & SpeakersCases, Cooling & PSUCPUs, Chipsets & SoCsComputer SystemsDisplays & ProjectorsGamingMotherboardsNetworkingPeripheralsRAMStorageVideo Cards & GPUs
GuidesGamingAsk the ExpertsNewsletterAboutPrivacyForums
AMD Zen 4Intel ArcBattlefield 2042RTX 3090 TiRTX 4090RTX 4080GTA 6Elon MuskHDMI 2.1
GIVEAWAY: TEAMGROUP T-Force VULCAN Z SATA III SLC 2TB SSD, two up for grabs!
TV, Movies & Home Theatre
New Media Enterprises (NME) is not a name you would have heard of, but it is a name that's going to be well known pretty soon. These guys have made a startling announcement that they are releasing the new HD format, offering "True HD" for high definition systems. The technology according to a New York Times report is the same quality as Blu-Ray, but not as expensive to develop. The new format will be known as HD Versatile Multilayer Disc (VMD), and the New York Times states that the Media players are cheaper too.

They also say it is incompatible with Blu-ray which works on blue light lasers, apparently an inferior frequency for HD movies, but more compatible to high density disks. The new VMD layered technology however overcomes this limitation, and brings things up to speed at red light frequencies. 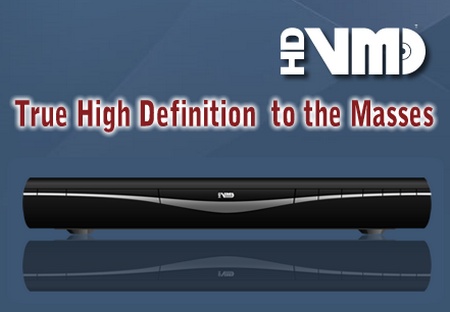 NME has managed to manufacture the new DVD player so that it can play all existing DVD formats as well. The bonus of this new format is as mentioned that it uses the already frequently used "Red laser" technology, thus keeping things simple and cheaper for manufacturers, but offering multi-layered complexity to the standard DVD. The HD VMD can contain up to 100 GB of storage due to the 20 layers it is capable of storing on one disk, but the disk is exactly the same dimensions as current DVDs. There are a whole heap of movies available on the new format, and it seems some will be bundled with the product too. 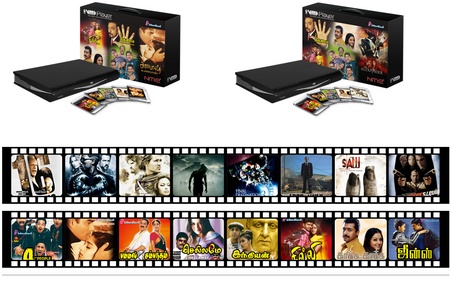 The HD VMD unit is priced at $199 according to the NY Times article which can be read here. Sales are expected through Amazon in five weeks according to NME. You can view their website here.
Newsletter Subscription