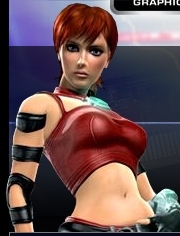 Whilst AMD allowed certain members of the press to preview the driver, it has not yet been released to the general public. Notably the 8.3 version of the driver will bring official CrossfireX support which allows for up to four GPU's to be linked in Crossfire mode.

It will allow you to link up a combination of RV670 and R680 based products such as Radeon HD 3870 X2 and 3870 and 3850 together in various multi GPU modes. We are doing some testing right now mixing and matching various cards to see how well the driver scales with 2,3 and 4 GPUs in Crossfire mode.

The driver will also bring about Hybrid Graphics for Windows Vista which is a big part of the new 780G chipset. It will allow you to team up the onboard integrated graphics with a discrete HD 3400 series graphics card such as HD 3450 and 3470 for an improved 3D gaming experience. We hope to look closely at this soon in an upcoming article.