All NewsBusiness, Financial & LegalCases, Cooling & PSUContests & GiveawaysCPU, APU & ChipsetsDealsDisplays & ProjectorsGamingMotherboardsScience, Space & RoboticsStorageVideo CardsVirtual & Augmented Reality
All ReviewsAll ArticlesAudio, Sound & SpeakersCases, Cooling & PSUCPUs, Chipsets & SoCsComputer SystemsDisplays & ProjectorsGamingMotherboardsNetworkingPeripheralsRAMStorageVideo Cards
GuidesGamingAsk the ExpertsNewsletterAboutForums
RTX 3090 TiRTX 4090Diablo 2GTA 6Halo InfiniteElon MuskRTX 3080HDMI 2.1
RAM
Maybe we should have booked thought plane tickets to Germany after all. Nevertheless, the news continues flooding in and we find ourselves back at German website PCGH who scored exclusive pictures of an upcoming and improved AMD Radeon HD 3870 X2 which has been rumored for the past week or so. 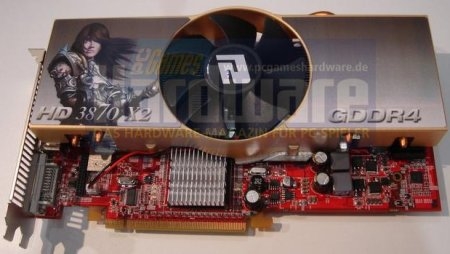 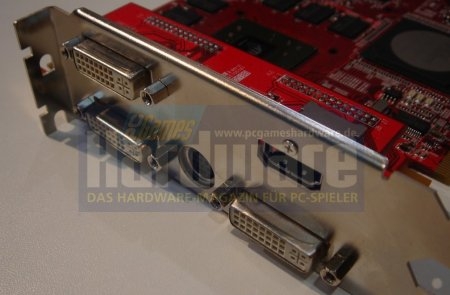 What is improved? For starters, it comes with faster and cooler operating GDDR4 memory clocked (still a total of 1GB onboard RAM) at 2250MHz DDR which is up from the 1800MHz DDR on the GDDR3 version of the X2. Not only that, it also features a shorter PCB design with improved heat pipe cooler. If what we are seeing is the reference design from AMD, we are quite pleased. Regular X2 cards were released with just TV-out and dual DVI ports but the shots we are seeing of this card includes TV-out, HDMI and three DVI ports, which is much better.

By the look of the pictures, it would seem like the new and improved X2 is almost ready and would probably come out around the same time as Nvidia's 9800 GX2 but we do not have any firm release dates yet.

Enjoy the product shots in the photo gallery over at PCGH for the time being.