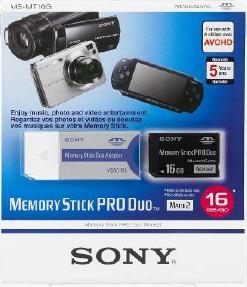 But the biggest news is the announcement of a 16GB stick, compatible with PSP (for those extra nine films you just NEED to take everywhere).

It will be released in April with a suggested retail price of $479.95 AUD.