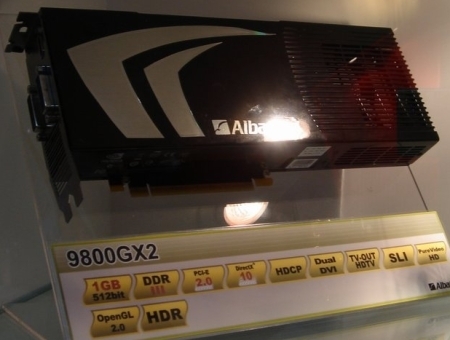 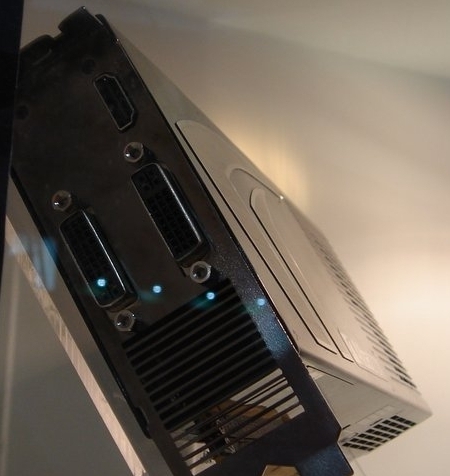 Nvidia's upcoming GX2 featuring two G92 GTS cores with 1GB of memory is not due to be released until March 18 but sometimes trade shows bring out the worst (best?) in computer companies. On top of the 1GB of onboard DDR3 RAM using 512-bit memory interface, it also includes DX10 (duh!) support, HDCP with dual DVI and the other usual stuff.

When AMD's HD 3870 X2 was released, several companies were able to produce models with four DVI ports, so it is a bit of a disappointed Nvidia couldn't do the same but I guess there is nothing stopping others do it in their non-reference designs. From the dark and blurry pictures at the booth, it does look as if it includes an HDMI port, which is at least something.

Our first batch of GX2 samples are due in any time now - stay tuned!