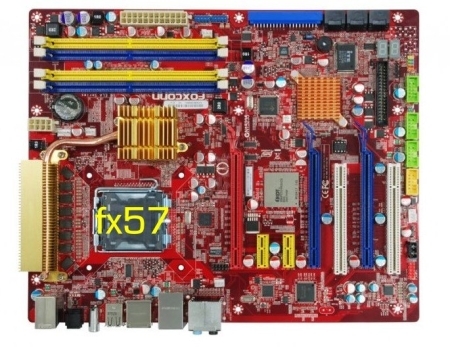 Pictures and details of Foxconn's upcoming "ELA" P45 motherboard have appeared on the Internet. This particular board will included three PCI-E x16 slots but it is unclear whether or not they will all run electronically at x16 or not - we would assume not since it is a cheaper chipset.

Based on the Intel ICH10R southbridge there are a total of eight SATAII ports with six being on the board and two routed as eSATA.

It has official support for all Intel 45nm processors up to 1333MHz FSB, at least officially - we know this board and others should at least do 400MHz FSB OC.