Hideo Kojima has released three new cryptic symbols to build intrigue for his next project. 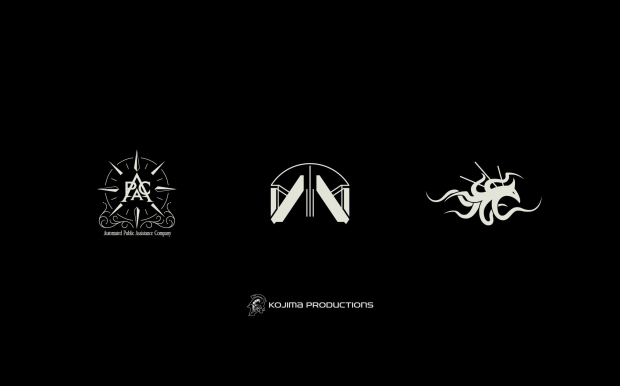 Right now Hideo Kojima is working on as many as two projects, including Death Stranding 2 and a new interactive horror game for Xbox's cloud streaming platform (codenamed OVERDOSE). Kojima has continued his penchant for secretive and often bizarre game teasers with a series of mysterious promo images that previously confirmed that both Elle Fanning and Deadpool 2 actress Shiola Kutsuna will star in the project. Symbols and logos accompanied these reveals.

Kojima is back with a new symbol depicting the Automated Public Assistance Company. No one knows exactly what these symbols are referring to, but the major guess is that Kojima is teasing Death Stranding 2 and the PAC will be a faction in the game. The other logos, a strange-looking art deco gate or perhaps a bridge, and a kraken that has been stuck with multiple spears, may also indicate other factions to be featured in Death Stranding 2.

However it's possible the stylized symbols are for OVERDOSE, which is rumored to be Kojima's new horror game made specifically for Xbox cloud streaming. Kojima has described this particular project as a kind of new interactive medium that merges existing entertainment together, and comments made as far back as 2019 made us predict that this project would be an interactive film-game hybrid. With the advent of cloud gaming, it's possible this project could have some measure of multiplayer as well.

For more information on Death Stranding 2, check below for a massive timeline of events leading up to this coverage.