The US Air Force has unveiled a new stealth bomber that is being described as the "most advanced military aircraft ever built".

The United States Air Force has unveiled its first new bomber in more than 30 years, the B-21 Raider, developed by Northrop Grumman, is a stealth bomber that was recently showcased at an invite-only event. An Air Force spokesperson informed Air Force Magazine of the unveiling and said that the aircraft isn't expected to take to the skies until next year.

Notably, Northrop Grumman will be conducting its own unveiling of the aircraft on December 2, and the event was streamed to YouTube. During the presentation, Northrop Grumman claimed that the B-21 Raider is the "world's first sixth-generation aircraft", putting it far beyond any other current aircraft in terms of capabilities than what is known to the public. 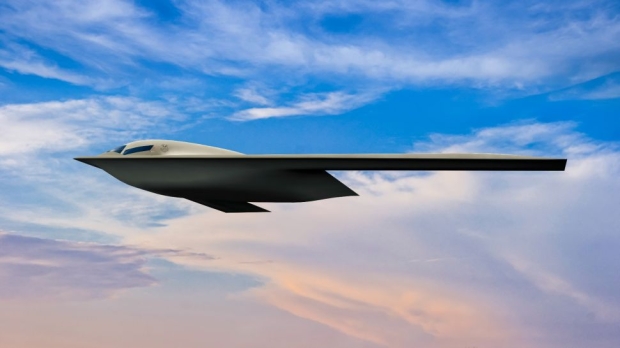 Additionally, a fact sheet released on November 29 states that the nuclear-capable B-21 Raider features "advanced networking capabilities", which likely means that the aircraft will be able to communicate and coordinate with other US assets such as satellites, ground-based communication networks, and other aircraft over a long distance.

Furthermore, the advanced bomber will feature upgraded stealth capabilities, which reports states are some of the most classified pieces of technology the US military possesses, hence the very little that is known about the stealth system equipped to the B-21 Raider. Northrop Grumman touched on the stealth system from a company perspective, saying it is "continuously advancing technology, employing new manufacturing techniques and materials to ensure the B-21 will defeat the anti-access, area-denial systems it will face."

The improvements don't stop there, as the company revealed that the B-21 Raider features a fully upgradable software interface that will allow developers to roll out improvements to the system in the future. The new aircraft was named after a raid in April 1942 led by Lt. Col. James "Jimmy" Doolittle on Japan. The battle was a pivotal moment in the Pacific war. Its success changed the overall state of the war to be in favor of the Allies.

As for the release of the stealth bomber, Northrop Grumman says that it currently has six of these B-21 Raiders in different parts of the assembly line. Each of these extremely advanced aircraft is priced at $692 million, or at least that is how it costs to make one.