Valve will give away over 180 units of the hottest handhelds on the market in just a few days. 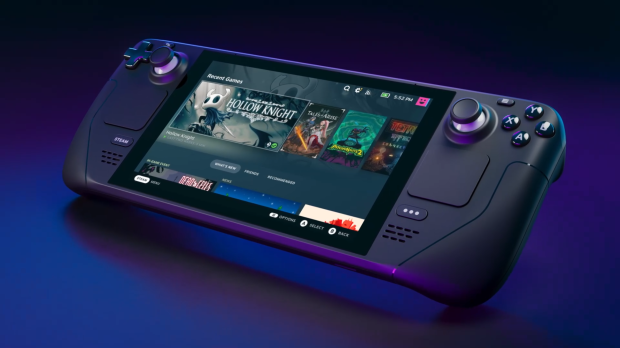 Valve has announced that it will give out a Steam Deck PC handheld every minute that The Game Awards is streamed. Last year's show was 3 hours and 30 minutes, and The Game Awards 2022 is expected to be "roughly three hours," which means that Valve should give out at least 180 Steam Deck systems.

To enter you just have to sign in to this link and then watch The Game Awards showcase live through the Steam platform.

"We're celebrating with the gaming community by giving away one Steam Deck every minute of this year's live broadcast of The Game Awards on Steam!

Here's more information about the rules and terms of the giveaway:

You must register to enter the drawing and be watching The Game Awards on Steam to be eligible to win.

On December 8th when The Game Awards airs, every minute a random name will be drawn from the pool of registrants currently watching the show on Steam.

We will be streaming The Game Awards at https://steam.tv - winner will be announced in chat as each drawing takes place.