NVIDIA has announced that Portal with RTX will be launching on December 8, acting as an upgraded remaster of the original Portal made by Valve. NVIDIA pushed the remastered Portal with RTX during its GeForce RTX 40 reveal event in September, and now it's nearly here.

Portal with RTX has NVIDIA's new Ada Lovelace GPU-powered DLSS 3 technology flowing through it, but if you don't have a GeForce RTX 4090 or GeForce RTX 4080 graphics card... don't worry, you've still got DLSS 2.0 to give you more image quality or frames per second, whichever you prefer.

You can expect a huge upgrade in visuals with Portal RTX featuring full ray tracing support and beefed up graphics for that beautiful 4K gaming experience, with NVIDIA recommending its GeForce RTX 4080 graphics card to achieve 4K 60FPS... and that's with DLSS 3 enabled. NVIDIA recommends an Intel Core i7-12700K or AMD Ryzen 9 5900 processor with 32GB of RAM, for 4K 60FPS for the Ultra preset on Portal with RTX. 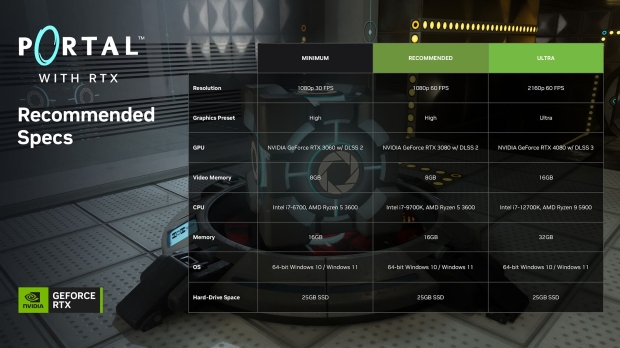 Better yet, NVIDIA is hosting a live stream on Twitch, YouTube, and Steam that kicks off on December 6 where gamers will get a behind-the-scenes look into the making of Portal with RTX. NVIDIA is also teasing some surprises along the way, as well as Portal with RTX codes being given away.

Even better... not only is the company giving away free codes to Portal with RTX, but NVIDIA will be giving away GeForce RTX 4090 and GeForce RTX 4080 graphics cards. That's a huge deal, as either of those Ada Lovelace graphics cards will super-power any gaming machine on the planet... the best GPUs for playing Valve's infamous game are now remastered in the form of Portal with RTX. 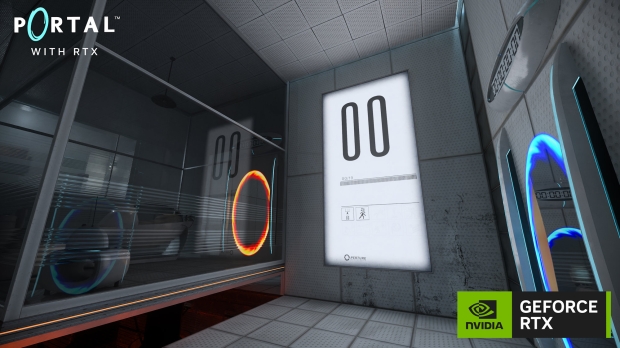 If you're already an owner of Portal on Steam, then there will be a free update on December 8 which will provide you with beautiful new upgrades in visuals, ray tracing, and DLSS 3 technologies. Not long to go now, folks!