The fallout of the implosion of what was the world's second-largest cryptocurrency exchange, FTX, is still being felt around the world and at the center of it all is former FTX CEO and co-founder Sam Bankman-Fried. 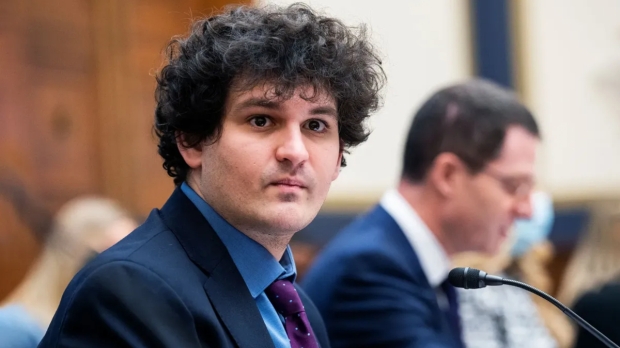 Sam Bankman-Fried, or as often referred to as SBF, was once touted as one of the most generous billionaires in the world, and since the utter collapse of the FTX cryptocurrency exchange, SBF has admitted the "ethics stuff" had been "mostly a front". FTX filed for Chapter 11 bankruptcy on November 11, the same day SBF stepped down as CEO, with Bloomberg now reporting that SBF's own lawyers are now dropping him as a client over several of his tweets that he has made since November 11.

Reports indicate that some of SBF's lawyers have thrown in the towel over SBF's "incessant and disruptive tweeting", with Paul Weiss counsel Martin Flumenbaum saying in a statement, "We informed Mr. Bankman-Fried several days ago, after the filing of the FTX bankruptcy, that conflicts have arisen that precluded us from representing him."

Notably, publications report that FTX still has Wall Street law firm Sullivan & Cromwell providing them outside legal advice on bankruptcy proceedings as well as investigative matters such as inquiries from regulators. In several of SBF's tweets following his departure from FTX as CEO, the co-founder of the cryptocurrency exchange took to his personal Twitter account to give his perspective on the crash and what resulted in the FTX cryptocurrency having approximately $40 billion equity value to being bankrupt.

According to SBF, in October, FTX had approximately $10-$15 billion in daily volume, and about $1 billion in annual revenue. However, SBF admits that "problems were brewing" and that they were larger than he realized. The former FTX CEO explains that approximately $5 billion of leverage accumulated along with $20 billion in assets, with the majority of those assets being in its own token, FTT. SBF further explains that "but they had risk", and that "risk was correlated--with the other collateral, and with the platform (FTX)".

The FTX co-founder continued and wrote, "and then the crash came", "In a few day period, there was a historic crash--over 50% in most correlated assets, with no bid side liquidity. And at the same time, there was a run on the bank." So, for those that don't necessarily understand, the assets that FTX was holding decreased in value significantly while FTX holders were rushing back to the exchange to withdraw their funds, causing a liquidity crunch, which essentially means that FTX is unable to provide its customers with cash, as the exchange simply didn't have it. Boom, bankruptcy. 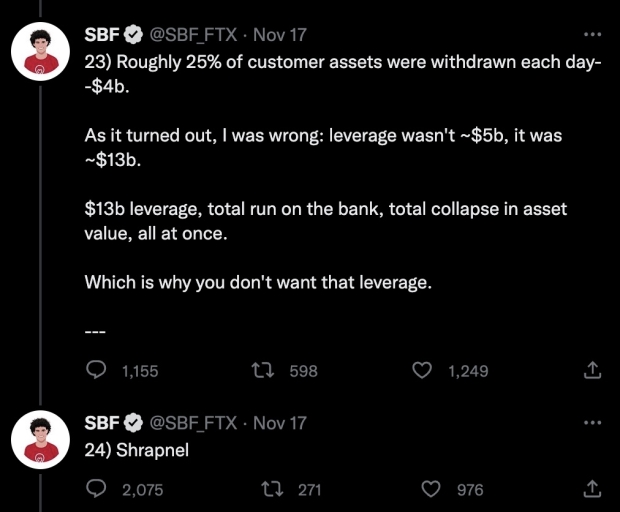 In other news, a top Twitter executive has left the company, and on her way out tweeted a message that seemingly took a swing at Elon Musk's new vision for the company that he's dubbed "Twitter 2.0". The Twitter rollercoaster is still continuing with Musk at the helm of the world's second-largest social media as reports indicate that Twitter offices were recently shutdown following mass forced resignations via one of Musk's company-wide emails.