Members from the US Department of Defense (DoD) spoke with a publication regarding the plethora of UFO, or Unidentified Aerial Phenomena (UAP) videos and the origin of the objects in question.

According to a recent report from The New York Times, who spoke with several officials from the DoD, under the assurance of anonymity, said that many of the UFO sightings can simply be chalked up to Chinese surveillance drones, as well as "airborne clutter" such as weather balloons. The anonymous officials said that many of the UFO sightings have now been officially identified as "relatively ordinary" Chinese surveillance drones, which are attempting to steal plans for advanced US fighter planes and the methods the US military use to train its pilots. DoD officials said to the publication that China has done this in the past.

As for other UFO sightings from US military personnel that were able to capture video of objects performing seemingly impossible maneuvers or achieving ridiculous speeds, DoD officials said that many of these sightings are likely a result of optical illusions caused by the camera recording the object. For instance, DoD officials said that the GOFAST UFO video was simply an optical illusion caused by the angle the camera was recording the object and that the object was actually traveling no faster than 30 mph. 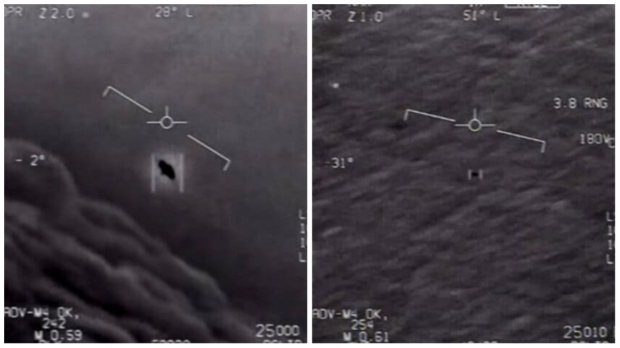 US officials have chalked up most of the famous UFO videos to optical illusions, weather balloons, and Chinese surveillance drones. Does this mean that US fighter pilot planes' instruments also experience optical illusions when recording objects?