Eidos Montreal is now free to make a new Deus Ex game, but it has to keep itself afloat first...and that means work-for-hire jobs. 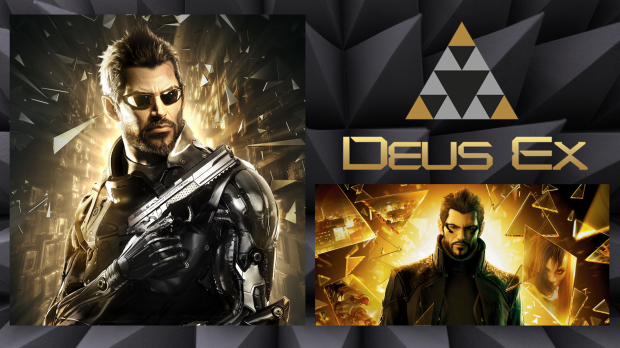 A new Deus Ex game is in development, but it won't be ready for a long time. Sources have told Bloomberg's Jason Schreier that Eidos Montreal is currently in "very, very early" planning stages for a new Deus Ex project. In the meantime Eidos Montreal will need to pull in revenues in between game releases and that means it has to tackle other projects.

A bit ago Square Enix sold Crystal Dynamics, Eidos Montreal, and Eidos' mobile division to Embracer Group for $300 million. This sale included the studios and popular IPs like Tomb Raider, Deus Ex, and others. Embracer has given both Crystal Dynamics and Eidos Montreal free rein over these IPs and both studios now have freedom over what projects they work on.

This freedom comes at a cost, though. Both studios are now responsible to keep themselves afloat.

Embracer is a decentralized business where publishers and developers often operate independently with some backing from the company.

While the studios do have access to a lot of IP--Embracer owns rights to over 800 IPs now--the teams are largely responsible for making their own money. Embracer will typically use its publishing divisions to distribute the games, but a lot of the time we'll see Embracer studios like Saber Interactive doing work-for-hire jobs for other companies and working on games that they don't own.

This is the case for Eidos Montreal and Crystal Dynamics, who are both part of their own operating unit within Embracer Group.

And both studios working on new Xbox games owned by Microsoft.

According to the report, Eidos Montreal is helping out Playground Games with the new Fable game.

Crystal Dynamics was previously confirmed to be working on the next Perfect Dark game.

Embracer Group CEO Lars Wingefors had previously commented on the new games that are being planned by both studios, saying that there are "many sizable AAA experiences in the pipeline."

Crystal Dynamics had announced a new Tomb Raider game in Unreal Engine 5, but the other projects remained a mystery. Wingefors did mention original IP, and sources also tell Bloomberg that Eidos Montreal is working on its own original IP right now.

"Looking at the IPs again, there is a pipeline that is very interesting. It's a little bit hard to talk around the pipeline without disclosing too much, but I was pleased to see during our transaction period that actually Crystal Dynamics did announce they are working on a new Tomb Raider. At least I can say that.

"Obviously we are super excited about the new Tomb Raider game. It's not only Tomb Raider, it's also a number of very sizable AAA experiences in the pipeline, both based on beloved franchises that we will own as well as original IPs. It's a very interesting pipeline."

"I would say the pipeline is generally broader beyond these 2 years. So there will be a few years now where there will not be as many big new games coming out, and there will be some amazing things coming through these studios looking further ahead."