Keeping to the Halloween theme, the European Southern Observatory (ESO) has released a phenomenal image of the ghost of a once giant star. 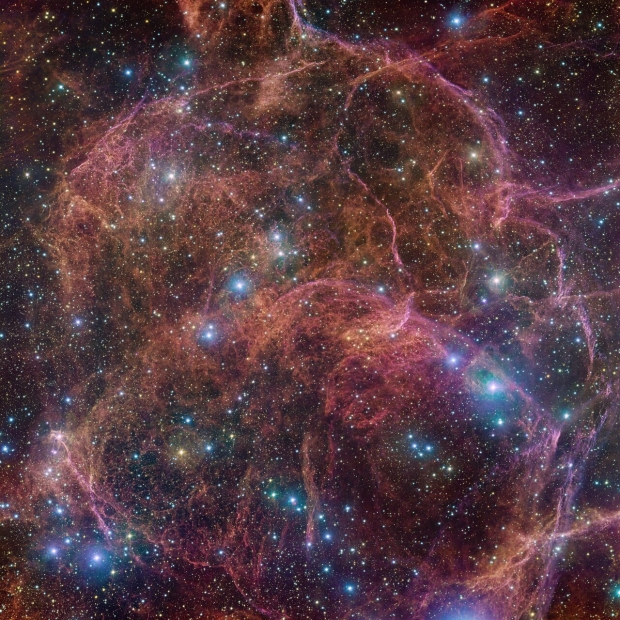 This explosion happened approximately 11,000 years ago, and once it occurred, the shock waves moved through the surrounding gas in the area, compressing it and creating the strange tendrils seen scattered through the above image. So, when does a supernova happen? Simply, a supernova happens when a massive star, some fifteen times larger than our Sun, runs out of the fuel it needs to keep burning (hydrogen and helium). This lack of fuel causes the outer layers of the star to rapidly close in on the star's core, eventually forming a neutron star.

"As it exploded, the outermost layers of the progenitor star were ejected into the surrounding gas, producing the spectacular filaments that we observe here. What remains of the star is an ultra-dense ball in which the protons and electrons are forced together into neutrons - a neutron star. The neutron star in the Vela remnant, placed slightly outside of this image to the upper left, happens to be a pulsar that spins on its own axis at an incredible speed of more than 10 times per second," writes the ESO.

The Vela Supernova Remnant is located 800 light years away from Earth and is one of the closest known supernova remnants that has been discovered. Notably, the ESO writes that the above image contains 554 million pixels and that nine full moons would be able to fit within this image.