Researchers have identified a "planet killer" asteroid that was hiding in the Sun's glare, with astronomers deeming it as the largest potentially hazardous asteroid discovered in the past eight years. 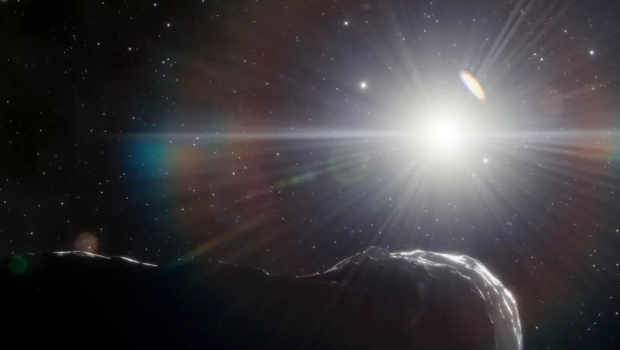 The asteroid, now called 2022 AP7, was quite literally hiding in the Sun's glare, which is a region of space astronomers have a lot of trouble monitoring as most instruments used to look out into space are designed to be extremely sensitive to light, so astronomers can catch the light from objects really far away. For example, if you pointed the Hubble Space Telescope or the advanced James Webb Space Telescope in the direction of the Sun, it would fry the observatories sensors.

As for 2022 AP7, reports indicate that the space rock is estimated to have a diameter of 0.9 miles, making it the largest potentially hazardous space rock astronomers have discovered in the last eight years, lending its new label of "planet killer" as its capable of causing destruction across multiple continents if it were to collide with Earth in the future. The asteroid managed to slip out of view of asteroid-hunting astronomers as its orbit passed between Earth and Venus, a region of space that is plagued with the Sun's rays.

"Only about 25 asteroids with orbits completely within Earth's orbit have been discovered to date because of the difficulty of observing near the glare of the Sun," Scott S. Sheppard, an astronomer at the Earth and Planets Laboratory of the Carnegie Institution for Science and the lead author of the paper.

"There are likely only a few [Near Earth Asteroids] with similar sizes left to find, and these large undiscovered asteroids likely have orbits that keep them interior to the orbits of Earth and Venus most of the time," added Sheppard.

"So far we have found two large near-Earth asteroids that are about 1 kilometer [0.6 miles] across, a size that we call planet killers," Sheppard said.