NASA is calling upon the public to send in photos of one of the least understood electrical phenomena that occurs in Earth's upper atmosphere. 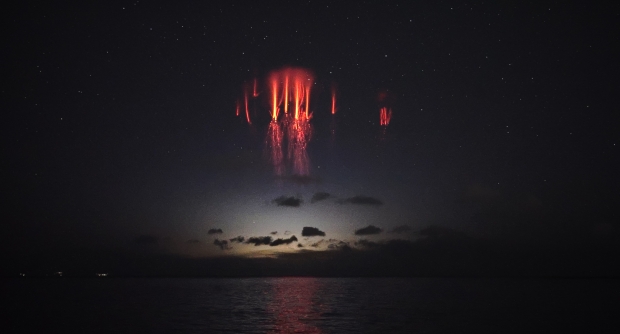 Above is an image of what the space agency calls Transient Luminous Events (TLEs), or more commonly referred to as sprites. These mysterious crimson figures occur between 31 and 56 miles in altitude at the higher regions of Earth's upper atmosphere, particularly above thunderstorms and produce large-scale electric discharges, similar to lightning.

Sometimes these bright flashes of light appear as red or orange, and are mistakenly called upper-atmospheric lightning. However, they aren't researchers have found they aren't as hot as true tropospheric lightning, lending to their mysteriousness. NASA has called upon citizens to send in any images of the phenomena so researchers can try and uncover the mystery behind their origin. The project is called "Spritacular". 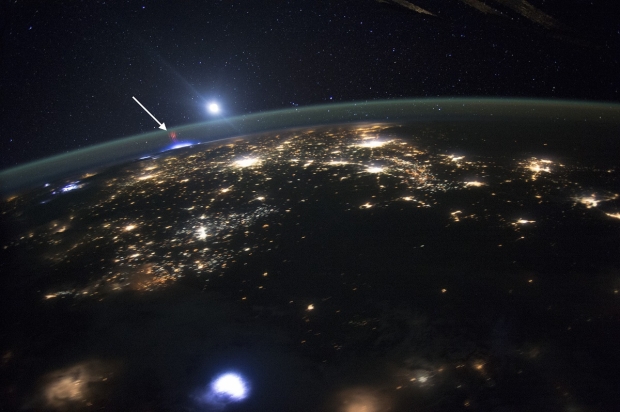 "People capture wonderful images of sprites, but they're shared sporadically over the internet and most of the scientific community is unaware of these captures. Spritacular will bridge this gap by creating the first crowdsourced database of sprites and other TLEs that is accessible and readily available for scientific research," said Dr. Burcu Kosar, a space physicist at NASA's Goddard Space Flight Center in Greenbelt, Maryland and Spritacular principal investigator.

NASA explains that sprites were discovered in 1989 when they were accidentally photographed. "Researchers from the University of Minnesota were testing a low-light TV camera for an upcoming rocket flight mission. By sheer accident, their camera captured the very first credible evidence for what we now call sprites," wrote NASA.

"It wasn't a very high resolution or fast camera - they just captured two luminous blobs above a nearby thunderstorm. The whole field was kickstarted because a camera was pointed in the right direction at the right time," Kosar said.

To read more on this story, or submit your image of sprites, check out this link here.