The Ford F-150 Lightning said the automaker's first all-electric pickup truck can travel 0-60 mph in 4.5 seconds, though that number is now less than 4 seconds, according to Ford CEO Jim Farley. Here is a recent Tweet that he sent out:

Once it was released, drivers found they were able to accelerate 0-60 mph faster than the 4.5 seconds expected - even though Ford never confirmed an actual drive time. However, it's extremely plausible the extended-range battery-equipped F-150 Lightning can hit 0-60 mph time in 3.8 or 3.9 seconds. It's always a welcome change when car buyers find their vehicle has even better range and speed than initially promoted by the manufacturer.

The extended range was initially believed to support 480km driving capacity, but that figure has now been bumped to 515km.

The extended-range battery generates upwards of 570 horsepower and 770 lb.-ft. Torque, and those numbers are better than what was previously expected.

In September, the F-150 Lighting continued to serve as "America's best-selling electric pickup," according to a Ford press release. Meanwhile, the US automaker will still work to produce as many units as possible, though interested buyers will just end up at the back of the list until supply can be met.

The F-150 Lightning is a truck that Ford cannot make enough of, with supply expected to be extremely limited for at least a couple of years. In early August, Ford announced a boost in EPA-estimated range of the vehicles - and while the price might increase, and supply remains an issue, F-150 fans still have a lot to be happy for. 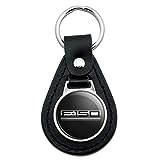