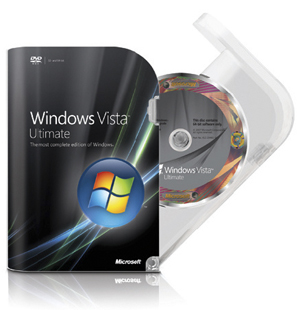 Don't get too excited just yet though, as Mike Nash of the Windows Product Management group at Microsoft has outlined the availability plan on the Windows Vista Blog today which goes on to say :-

In mid-April, we will begin delivering Windows Vista SP1 to Windows Vista customers who have chosen to have updates downloaded automatically. That said, any system that Windows Update determines has a driver known to not update successfully will not get SP1 automatically. As updates for these drivers become available, they will be installed automatically by Windows Update, which will unblock these systems from getting Service Pack 1. The result is that more and more systems will automatically get SP1, but only when we are confident they will have a good experience.

So we'll still be waiting for a bit before we can get our hands on it. For more information, you can read the full blog posting here folks.
Newsletter Subscription