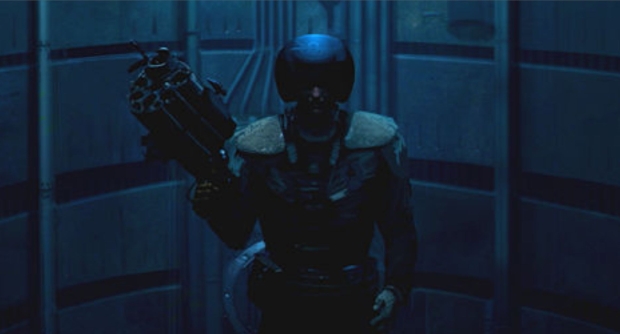 Back in 1994, way before Halo, Bungie got its start in first-person shooters with a PC game called Marathon. The franchise had assembling the building blocks for the Halo franchise and Bungie had often paid homage to Marathon in the Halo games. Now it appears Marathon is coming back.

According to reports from Insider Gaming's Tom Henderson, Bungie plans to revive the Marathon series as a squad-based extraction shooter. The project is expected to be a live game where 3-player squads all compete and vie for control over resources and loot in an expansive space, collecting as much intel and loot as possible before being extracted.

Sources tell Insider Gaming that the Marathon squad shooter will have different classes that are called Runners, which are essentially tailor-made cyborgs.

The Marathon franchise poses an interesting setting for a new shooter, especially a live game. The series is markedly more sci-fi with an emphasis on high-tech weaponry and visceral imagery. The original games were maze-like shooters with claustrophobic areas teeming with alien hordes in a Doom-like FPS structure, combining System Shock-like environments with classic first-person sensibilities and mechanics.

This Marathon game isn't the only project Bungie is working on. The developers are also making a new IP that could be an RPG with a fluctuating economy.

Bungie CEO Pete Parsons says that the company wants to have multiple franchises on the market by 2025, including this new IP.

In 2018, Bungie bought the Destiny IP, received a huge $100 million investment from NetEase, and filed a trademark for something called Matter.