On October 9, astronomers' telescopes detected what is now considered to be the brightest flash of light ever observed. 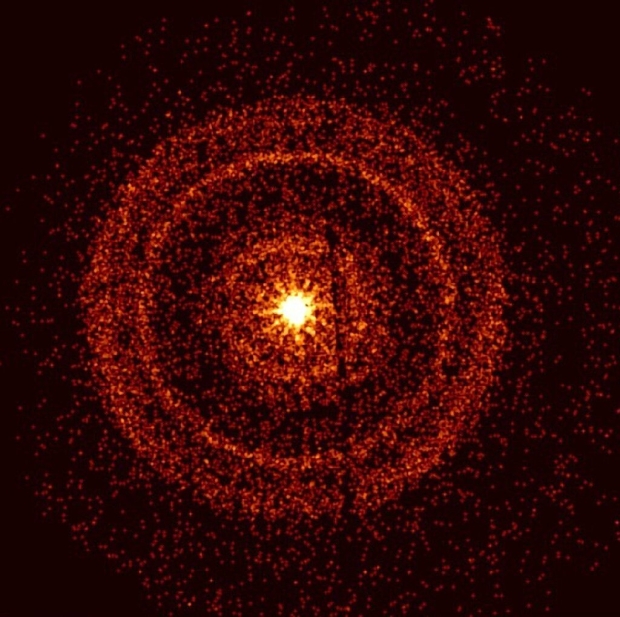 The Swift's X-Ray Telescope captured the afterglow of GRB 221009A an hour after it was first detected. NASA published the image.

Researchers say that the flash of light lasted for hundreds of seconds and was a burst of gamma rays likely caused by a collapsing star that transformed into a black hole. Notably, when a star explodes in a supernova, it can collapse into a black hole, and the leftover matter from the explosion then forms an accretion disk around the black hole. This matter eventually falls inside of the black hole and causes a large jet of energy to be shot out at speeds close to the speed of light. Some instances of this gamma-ray jet have reached 99.99% the speed of light.

Furthermore, the flash of light released photons that carried a record 18 teraelectronvolts of energy, which is 18 with 12 zeros behind it. Such power was even felt on Earth, with reports indicating that long-wave radio communications in Earth's ionosphere have been impacted by the flash. Astrophysicist Brendan O'Connor recently spoke to AFP and explained that he took observations of the event last Friday and found that the event itself occurred 2.4 billion light years away from Earth.

"It's really breaking records, both in the amount of photons, and the energy of the photons that are reaching us. Something this bright, this nearby, is really a once-in-a-century event.

Gamma-ray bursts in general release the same amount of energy that our Sun produces over its entire lifetime in the span of a few seconds-and this event is the brightest gamma ray burst," said O'Connor.