Entrepreneur Dennis Tito was the very first private citizen to book his own ride to the International Space Station (ISS) in 2004, and now the now 84-year-old wants to go to the Moon. 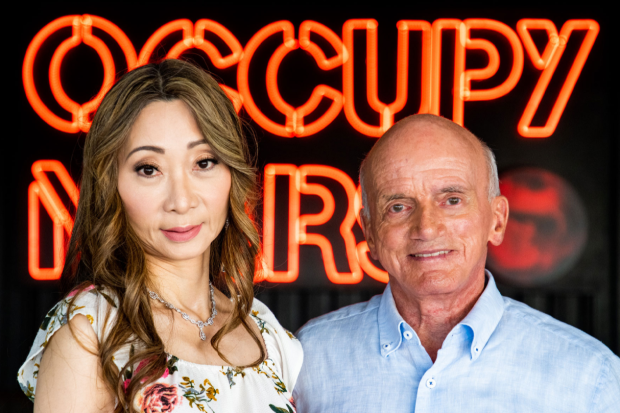 Tito and his wife, Akiko Tito, went to the SpaceX headquarters a year ago, located in Hawthrone, California, where they went on a tour that ended up in booking a space venture. According to the announcement via SpaceX's website, the Tito's were asked if they wanted to book a trip around the Moon via SpaceX's in-development Starship launch vehicle. The Tito's looked at each other, and both agreed immediately to the offer and penciled in a flight that is expected to happen before the end of the decade.

The announcement marked the very first woman to be scheduled to fly aboard SpaceX's Starship, and if everything goes to plan between now and liftoff, the flight will take the couple and ten other yet-to-be-booked passengers on a week-long journey around the Moon, where they will come within just 24 miles of the lunar surface, according to Ars Technica.

"We looked at each other, and we knew right away," Dennis Tito said this week, during an interview. "I said yes, I want to go," Akiko Tito added. "We both wanted to go."

The booking from the Tito's solidifies SpaceX's third private human spaceflight aboard Starship, the first being billionaire Jared Isaacman's Polaris III mission which is expected to travel to low Earth orbit, followed by Japanese billionaire Yusaku Maezawa's Maezawa's "dearMoon" flight, which is the first human Starship flight around the Moon and then Tito's flight.

There is one slight problem, Starship is still yet to conduct its first orbital test launch. However, Musk and SpaceX are working hard on getting the massive 230-foot rocket ready for its first orbital test flight, with recent estimations putting the launch within the next couple of months and, hopefully, before the end of the year. After the first orbital launch, SpaceX's next-generation launch vehicle will be used, most likely several times, to send large payloads of Starlink satellites into orbit before humans climb aboard.

As previously mentioned, Dennis Tito is 82-year-old, and according to reports, both he and his wife had to undertake two days of physiological testing and one day of psychological testing. Both Tito's passed with flying colors, despite their age.

"My personal timeframe is that we're willing to wait for as long as we're healthy. We can't force the timeline. It will happen when it happens," said Tito.

The cost of the trip wasn't disclosed.