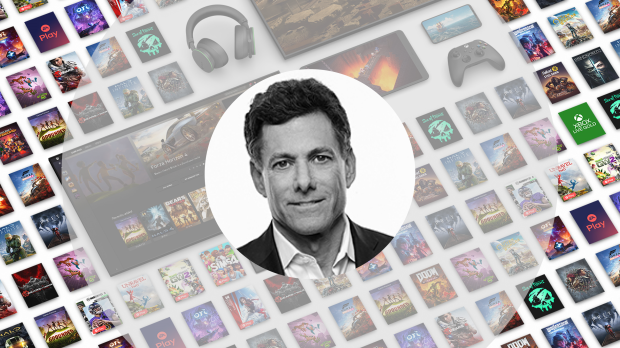 Strauss Zelnick, the CEO of Grand Theft Auto publisher Take-Two Interactive, has always been skeptical of new technologies and business models. Zelnick typically delivers level-headed responses to emerging entertainment industry trends and has made some interesting comments about streaming subscriptions that could be applied to other media subscriptions on a macro level.

In a recent interview with The Wrap, Zelnick outlines why overspending on production can lead to mediocre content. These comments are in regards to entertainment streaming services like Netflix, Disney+, Peacock, and Paramount+, however they could be applied to game subscriptions--to a degree at least. Zelnick further pontificates that the current exclusionary media streaming market will eventually fold back into itself out of necessity and that big networks will once again start cross-streaming content on competing services as a back-end solution--which is something the games industry actually has a head start on.

Below we have transcribed the more salient points of the interview. The entire quotes are presented as we believe the full comments are important for context. Remember that Zelnick is not specifically referring to video game subscriptions like Game Pass, PlayStation Plus, and Nintendo Switch Online.

"One thing that I think will happen with streaming is production spending is going to go down. Spending in Hollywood has inexorably gone up at a more rapid rate than the growth of GDP. That's not going to happen for the next few years. There's going to be an entrenchment.

"Streamers may go 'look, we're going to do everything in-house that we can, we're not going to distribute outside and we're going to have a walled garden because what we care about is subscribers, because that's what Wall Street cares about.

"Now Wall Street is turning around and saying 'look we're more concerned about cash flow and profitability, not just your number of subs."

Zelnick continues, highlighting how raw subscription numbers aren't as important as meaningful content. Sony, Nintendo, and especially Microsoft understand these points; all three are adding new meaningful content to their services every month, and in Microsoft's case, the content is expanding to consoles, mobiles, and PC.

"The second problem is that the belief of just spending money on production would acquire subs is going to be offset by reality and reality is people are going to churn. They don't want 10 services. They'll binge something on 1 service, they'll finish binging and easily churn out.

"Here's what's happening. The goal is that these big entertainment companies have gone direct to consumer and not through intermediaries and with all this effort and all this money we're going back to pay-per-view.

"I believe everyone in the business is going to have to what we've always done is that we'll have our own services that speak to consumers perhaps through wholesale, perhaps to direct to consumer, and we'll also distribute off-network. We can't keep everything in-house."

The games industry has largely avoided this pitfall because subscriptions are additive to the existing sales infrastructure. The games industry still makes most of its revenues from actual game sales and digital delivery of content through commerce storefronts rather than raw subscription content.

"The final point that I was making is that production spending has to decline because people justified production spending because that was allowing them to acquire subs. But, if people are churning more than you expected, then your metrics are all off.

"I think [mediocrity] comes from spending too much, not too little. Because production spending blew up so much, so many hours were produced, that we got back to mediocrity as opposed to what HBO historically did which was to spend a lot of money on really great stuff."

Interestingly enough, Sony has made this point regarding subscriptions in its arguments against the Microsoft-Activision merger. As part of its opposition report to the merger, the following quote was delivered to Brazil's CADE regulators to describe subscriptions:

"While Sony agrees that subscription services compete with games purchased for a one-time fee, the lower immediate costs of subscription services to consumers can make publishers who recoup significant investment in games by selling them for an upfront fee uncompetitive. This can harm consumers by reducing the quality of the game."

Subscriptions are risky. Publishers want to share this risk across a broader spectrum and try to reduce risk wherever possible. This is why EA, for example, has brought its EA Play subscription service to competing services like Xbox Game Pass.

"When the world goes back to unlimited spending everyone's going to want the best stuff made by the best people, and because they're not going to be able to take the economic risk, because Wall Street isn't going to bail you out based on the number of subs you have, people are going to want to share the risk, and to share the risk you have to have back-ends. We'll go from this cost-plus program that was implemented a few years ago back to a back-end program."