NASA's SpaceX Crew-5 mission launched from the Kennedy Space Center in Florida on October 5 to the International Space Station (ISS) with the Falcon 9 rocket carrying four astronauts aboard the Dragon capsule. The launch marked the fifth crew rotation mission of the SpaceX Crew Dragon spacecraft, and after an approximately 29-hour flight to the floating laboratory, the four astronauts successfully docked and entered the ISS on October 6.

As with all of SpaceX's launches, the mission liftoff was livestreamed via its social channels as well as NASA's own livestream. The four astronauts aboard the Dragon capsule and now members of the ISS crew are: NASA's Nicole Mann and Josh Cassada, Japanese astronaut Koichi Wakata and cosmonaut Anna Kikina. Notably, the presence of NASA's Nicole Mann marks the very first time a Native American woman has reached the final frontier, with an additional milestone being reached with cosmonaut Anna Kikina being the first Russian to fly on a private American spacecraft. 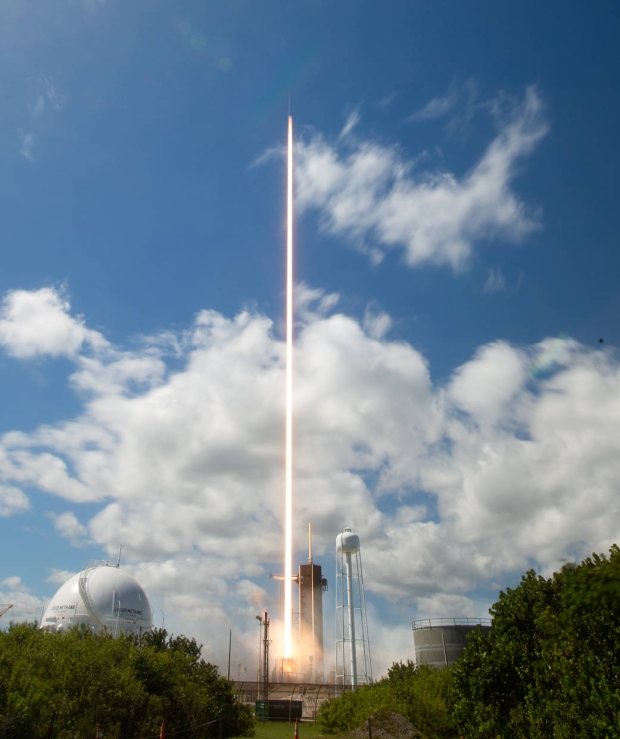 NASA has taken to its blog to share a 20-second-long exposure shot of the Falcon 9 rocket launch. The image showcases a phenomenal light beam that stretches up into the sky.

"This is the fifth crew rotation mission of the SpaceX Crew Dragon spacecraft and Falcon 9 rocket to the ISS as part of the agency's Commercial Crew Program. The crew successfully docked and entered the space station on October 6, 2022. Aboard, the crew will conduct new scientific studies to prepare for human exploration beyond low-Earth orbit and benefit life on Earth," wrote NASA.