Reports indicate that the US Military spilled more than 1,000 gallons of wastewater into Pearl Harbor on Thursday, sparking major backlash from community members concerned about Hawaii's environmental treatment. 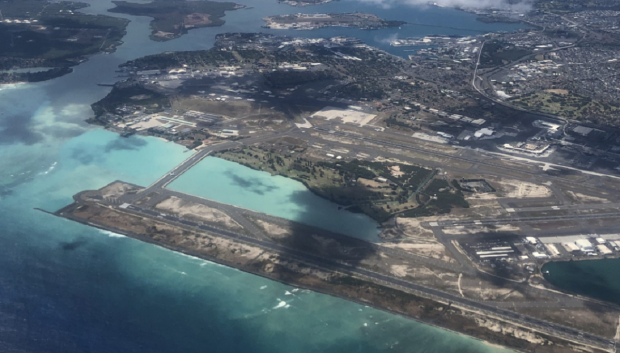 The news comes from Civil Beat, which reported a 12-inch wastewater line broke, causing a massive amount of sewage to spill directly into the ocean. Following the discovery of the leak, the US Navy announced via a press release that it had fixed the leak at Pier B-23 with a plug, but the wastewater that spilled into the ocean is, unfortunately, "unrecoverable".

Notably, the new spill into Hawaii's oceans comes only two days after the Department of Health fined the Navy $8.7 million for tainting Hawaii's waters with fecal bacteria that was traced back to previous sewage spilling. The seemingly rampant spilling of sewage into Hawaii's oceans has sparked community demands for the military to treat Hawaii's environment with more respect or to reduce its overall presence in the islands.

In response to Thursday's incident, the Navy said that the pipeline which broke was scheduled to be fixed at the beginning of next month under a Naval Facilities Engineering Systems Command contract. Furthermore, the US Navy said that a team an environmental team has been ordered to conduct testing of the afflicted waters, with the team testing for enterococcus and clostridium perfringens, which are types of fecal bacteria that can cause people sickness.

As a result of military pollution into Hawaiian waters, Pearl Harbor has been deemed a Superfund site by the Environmental Protection Agency (EPA).