NASA has launched an investigation into a technical glitch that presented itself on the James Webb Space Telescope's ultracold camera. 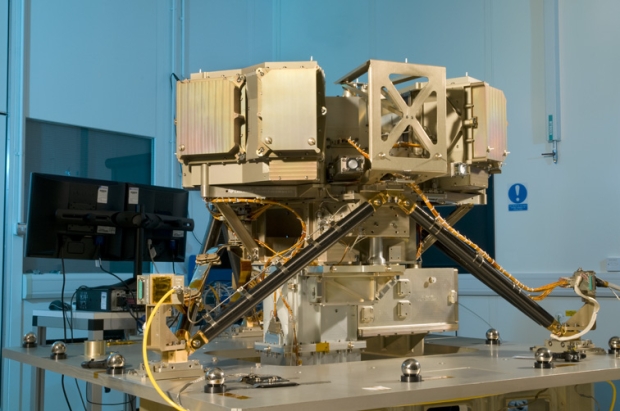 NASA took to its official blog to publish an update on the condition of the telescope's affected camera and how ground teams were forced into postponing certain observations while a remedy is created. The space agency explains that on Webb's Mid-Infrared Instrument (MIRI), there are four separate modes, and the device or mechanism that supports one of the modes is called the medium-resolution spectroscopy (MRS).

This mechanism allows for researchers to select what wavelength of light they are observing in, and according to a NASA update, the mechanism experienced an increase in friction during its setup on August 24. In response to preliminary health checks on the instrument and mechanism, NASA formed an anomaly review board on September 6 to assess the situation and provide the space agency with the best path forward.

The space agency explains that a Webb team is currently analyzing the issue with the mechanism and are devising several strategies to get back to nominal scientific operations as soon as possible. Overall, the observatory remains in "good health," and that MIRI's other three observing modes, imaging, low-resolution spectroscopy, and coronagraphy, are all working perfectly fine and are being used for scientific operations.

"On August 24, a mechanism that supports one of these modes, known as medium-resolution spectroscopy (MRS), exhibited what appears to be increased friction during setup for a science observation. This mechanism is a grating wheel that allows scientists to select between short, medium, and longer wavelengths when making observations using the MRS mode. Following preliminary health checks and investigations into the issue, an anomaly review board was convened September 6 to assess the best path forward," wrote NASA.