The daughter of famed Apple co-founder Steve Jobs has taken to Instagram to share her thoughts on Apple's newest iPhone. 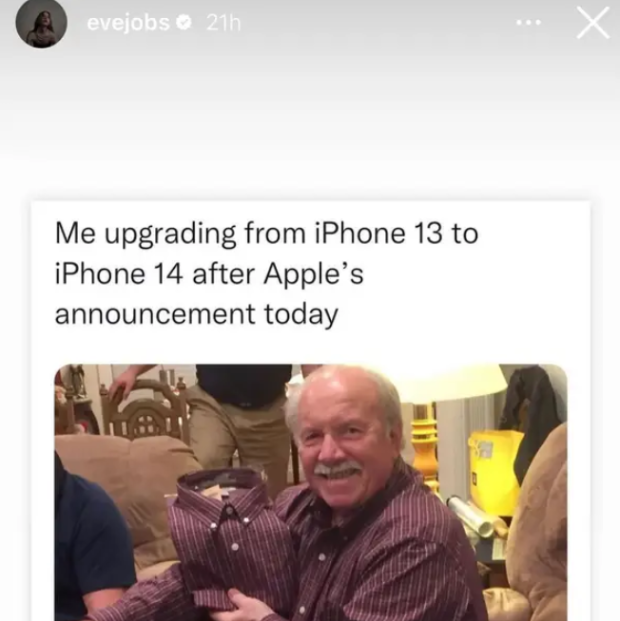 24-year-old Eve Jobs posted a meme on her Instagram story that showcases a man holding two of the same t-shirts up, with the caption reading, "me upgrading from iPhone 13 to iPhone 14 after Apple's announcement today." The meme pokes fun at Apple's design choices for the iPhone 14, as overall, it looks extremely similar to the iPhone 13. However, under the hood, Apple has made several improvements, including better battery life, new software features, a brighter screen, and more.

Regardless of the new features, Apple has to offer in the iPhone 14, the tech company's newest mobile phone largely looks the same as the previous model with minimal design changes. Eve Jobs' meme raises an important discussion topic that analysts have been debating for quite some time, and that is ever since Tim Cook took over from Steve Jobs as Apple's CEO in 2011, the company shifted its focus to making money, and lost its ability to produce products that revolutionize the consumer market. 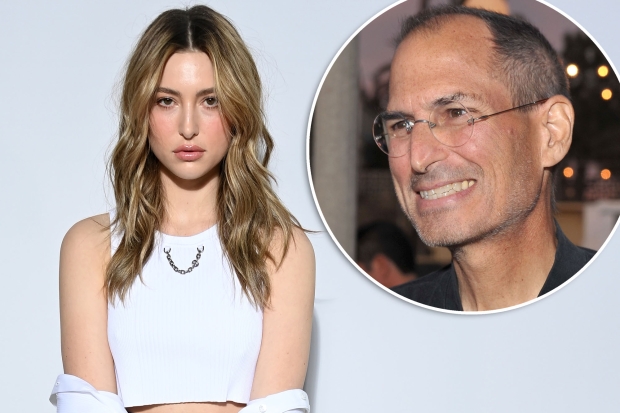 "Apple lost the ability to bring out products that could revolutionise a market. They became a financially-focused company very effective at milking its faithful users," said tech industry analyst Rob Enderle of Enderle Group.

In other news, NASA has locked onto the asteroid it plans to collide its DART spacecraft into at high-speeds, in a one-of-its-kind test that, if proven effective, will be one of the main planetary defense weapons Earth possesses against dangerous asteroids. Additionally, NASA's James Webb Space Telescope is on a roll with discoveries as eager researchers recently discovered an exoplanet estimated to be approximately twenty times the size of Jupiter in Earth's galactic neighborhood.

Furthermore, NASA has demonstrated the difference between the famous Hubble Space Telescope and its new James Webb Space Telescope in an image that showcases how different wavelengths of light can benefit researchers in their knowledge development about the cosmos. Lastly, Meta and Facebook founder Mark Zuckerberg has shown off his Mixed Martial Art (MMA) skills in a new video posted to his personal Instagram account. The video has received support from prominent names in the MMA space, such as Joe Rogan, experts in Brazilian Jujitsu, the official UFC Instagram account and many more.