In a twist of fate, Halo co-creator Marcus Lehto is helping craft Battlefield's next campaign storyline. 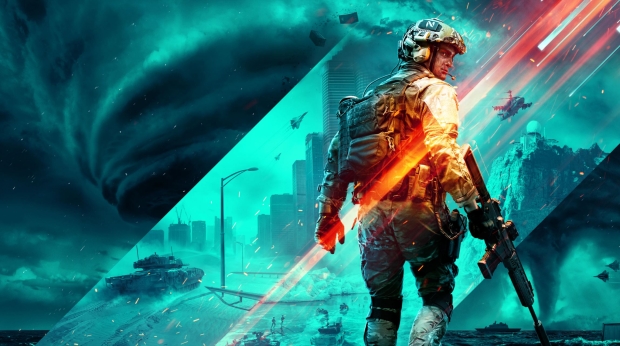 Following Battlefield 2042's disastrous launch (which EA management reportedly blamed on Halo Infinite's success...but that didn't last long), EA has put significant investment in trying to save the franchise. One of Battlefield 2042's big controversies was that it had no campaign--it was a purely online-only live service game. This backfired tremendously due to unstable gameplay, lack of content, and 120-player maps that were far too big.

Now EA is making some big course corrections. In 2021, EA announced that Marcus Lehto, who helped create the world, vision, and scope for the Halo franchise, would lead a new Seattle-based studio to work on Battlefield. EA has now confirmed the studio is named Ridgeline Games and that Lehto and his team will be "focused on developing a narrative campaign set in the Battlefield universe."

Ridgeline is apparently going all-out with the action. A bit ago, Lehto was asking followers on Twitter what kind of vehicle power fantasy moments they liked the most in campaign.

"It is a great honor to have the opportunity to collaborate with DICE and Ripple Effect and lead the charge on expanding the narrative, storytelling and character development opportunities in the Battlefield series," said Lehto, Game Director and head of Ridgeline Games.

"We're continuing to invest in the future of the franchise by bringing in new talent and perspectives," said Vince Zampella, Respawn founder and head of the Battlefield franchise. "With Marcus and his team at Ridgeline Games joining the world-class global team we have already in place, Battlefield is in the strongest position to succeed."