The US National Science Foundation (NSF) is celebrating the first year of the Operations Commissioning Phase (OCP) of its new Daniel K. Inouye Solar Telescope, which they describe as the world's most powerful solar telescope. 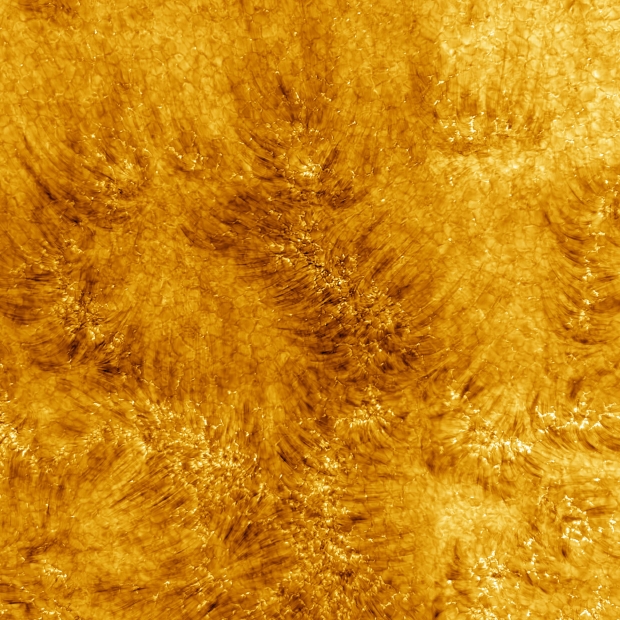 The Inouye Solar Telescope is the largest solar telescope in the world, located on culturally and spiritually significant land in Hawaii. The has released two new images to commemorate the telescope's inauguration, which represents the final stages of an investment by the NSF starting over 25 years ago to create a cutting-edge, ground-based solar observatory.

The telescope's OCP began in February 2022, and it has since worked alongside NASA's Parker Solar Probe and ESA/NASA's Solar Orbiter to make coordinated observations of the Sun. It has already gathered data for over 20 scientific proposals and is primed to continue studying the Sun for an expected 50 years at least.

The first images to be released show the Sun's chromosphere, a region of its atmosphere just above its surface. Both photos capture a region 82,500 kilometers (51,263 miles) wide, with a resolution of 18 kilometers. Both images are available in full-size with and without the Earth for scale on the NSF's National Solar Observatory (NSO) website. 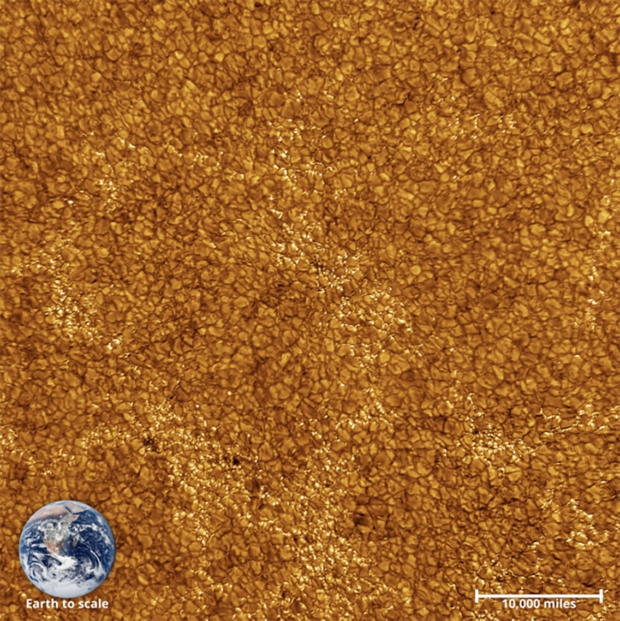 "NSF's Inouye Solar Telescope is the world's most powerful solar telescope that will forever change the way we explore and understand our sun. Its insights will transform how our nation, and the planet, predict and prepare for events like solar storms," said NSF Director Sethuraman Panchanathan.

"With the world's largest solar telescope now in science operations, we are grateful for all who make this remarkable facility possible. In particular we thank the people of Hawai'i for the privilege of operating from this remarkable site, to the National Science Foundation and the US Congress for their consistent support, and to our Inouye Solar Telescope Team, many of whom have tirelessly devoted over a decade to this transformational project. A new era of Solar Physics is beginning!" said Matt Mountain, President of the Association of Universities for Research in Astronomy (AURA).