A Michigan-based atmospheric photographer has captured an astonishing image of a strange phenomenon that occurs when charged particles from the Sun impact Earth's magnetic field. 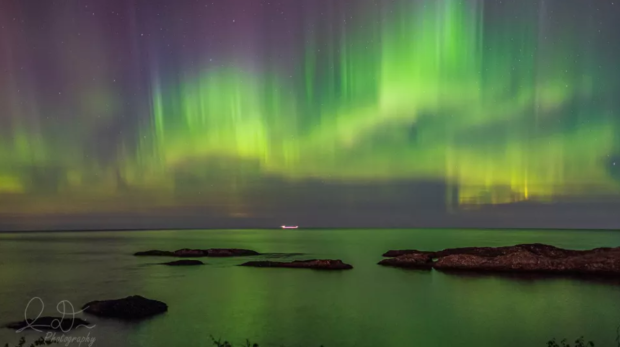 The phenomenon captured by Isaac Diener is called STEVE, and it stands for Strong Thermal Emission Velocity Enhancement, which is an atmospheric optical phenomenon that produces purple or green light in a straight ribbon-like fashion in the sky. The phenomenon was first dubbed STEVE in 2016 by aurora watchers from Alberta, Canada, and according to reports, it can appear farther away from Earth's poles than an aurora and is much less frequent.

Diener, a photographer that has been observing auroras for seven years, said that STEVE appeared out of nowhere, and that it would be impossible to predict. Diener wasn't the only photographer to spot auroras, as SpaceWeather reports that several individuals witnessed auroras as a result of the recent ejection of charged particles from the Sun. Charged particles released from the Sun that impact Earth trigger geomagnetic storms in Earth's upper atmosphere. The interaction between the solar particles, Earth's upper atmosphere, and the magnetic field create the spectacles we call auroras. 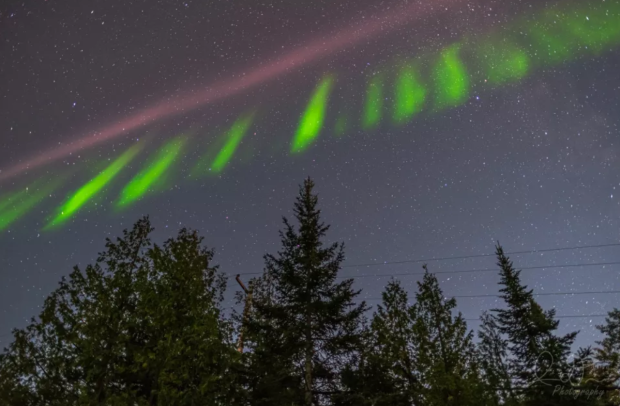 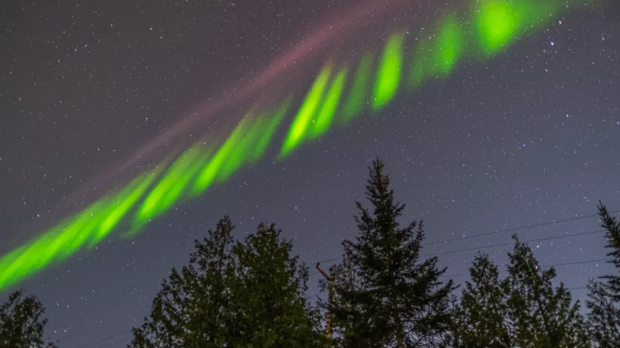 "You can't predict when it's gonna happen. It appears out of nowhere," wrote Diener to Space.com. When asked about his camera equipment, the atmospheric photographer replied, "I use a Fujifilm XT-3. And the lens I use is a 16mm lens," Diener wrote. "Settings I used on those STEVE pics are Aperture 1.4, 12 seconds, ISO 800."