Researchers have pointed three of Webb's advanced instruments at the stellar nursery and with Webb's Near-Infrared Camera (NIRCam) produced the below image, which depicts a tarantula's spider burrow lined with silk. The NIRCam image showcases a gap in the center, or as NASA writes, a "cavity", which is caused by a cluster of massive young stars that are producing high amounts of stellar wind and radiation that erodes the nebula. The stars NASA references on its blog shine a pale light blue in the below image. 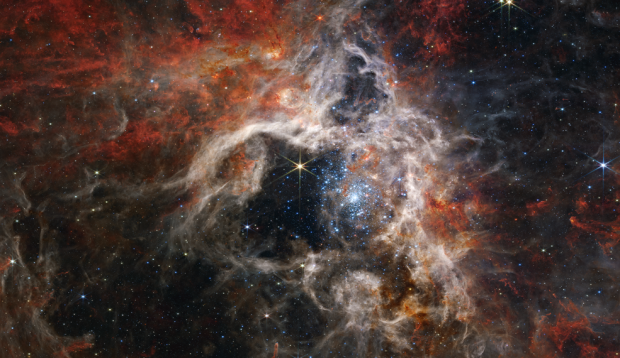 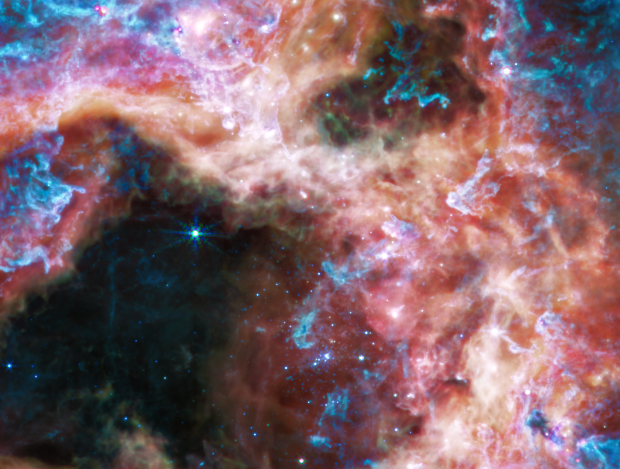 Captured by its Mid-Infrared Instrument (MIRI).

The space agency explains that the Tarantula Nebula is particularly interesting to astronomers as it contains a similar chemical composition as the large star-forming regions that were observed in the early years of the universe, or as officially called, the "cosmic noon". NASA writes that there aren't many star-forming regions in the Milky Way that are producing stars at the rate of the Tarantula Nebula, and for that reason, its the closest observable example of what the universe experienced when it was only just a few billion years old.

Observing stellar nurseries such as the Tarantula Nebula will allow researchers to learn more about the evolution of the universe, and develop a deeper understanding of the universe in its entirety.