Researchers have detected a large sunspot on the far side of the Sun that's changing the way our star vibrates.

A sunspot is a phenomenon that appears on the surface of the Sun as black blotches, these regions of the Sun's surface are darker because they are colder than the surrounding area. Sunspots present themselves in areas with strong magnetic fields as these fields prevent convection from occurring, or more simply, the heat from inside of the star reaching the surface.

As the sunspot continues to grow, it can cause events such as solar flares and coronal mass ejections (CME), both of which are closely associated and, when directed at Earth, can have negative effects on the planet. When Earth is slapped with a solar flare or a CME, a geomagnetic storm is caused that disrupts communication services such as radio and GPS. 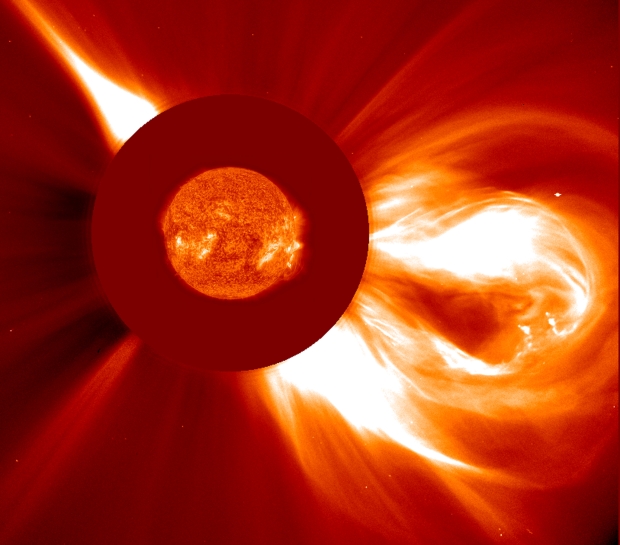 Additionally, the stream of charged particles from the Sun barraging Earth's magnetic field can endanger astronauts aboard the International Space Station (ISS) as well as cause problems for power grids around the world.

On a more positive note, space weather such as CMEs causes magical events such as the aurora borealis (northern lights) and Aurora Australis (southern lights). The interaction between the Sun's charged particles, Earth's atmosphere, and magnetic field produces the incredible phenomena.

Our neighboring planet won't experience a geomagnetic storm as it doesn't have an internally-generated magnetic field, and as a result of the impact of charged particles, it will lose some of its atmosphere, more specifically, its cloud tops in its upper atmosphere.

As for Earth's safety, the large sunspot is currently making its way towards being Earth-facing, with projections putting them being Earth-facing on September 7. At the moment, officials haven't issued any warnings on eruptions.

In other space news, NASA and China have encountered a never-before-seen problem with the Moon landing.