The skeletal remains of a "female vampire" have been uncovered in the village of Pien, Poland. 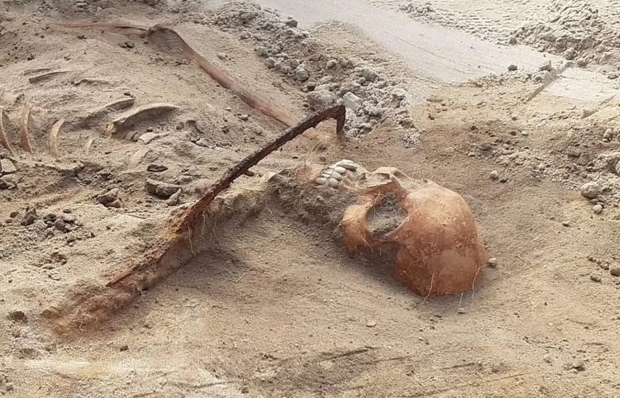 Researchers from the nearby Nicholas Copernicus University were conducting archaeological work at a seventeenth-century cemetery in the village when they uncovered the human remains, buried with a sickle and padlock. The researchers also found the skull adorning a silk cap, indicating the woman once held high social status. The sickle was laid over the throat, while one of the big toes was padlocked to supposedly 'prevent her returning from the dead.'

Professor Polinski said that the padlocked toe was likely symbolic of 'the closing of a stage and the impossibility of returning.' While he noted that the burial was unusual, similar burial sites have been found throughout the region, with bodies either having sickles placed similarly or skulls impaled with stakes or metal rods, under the belief that this would stop anyone returning from the dead. 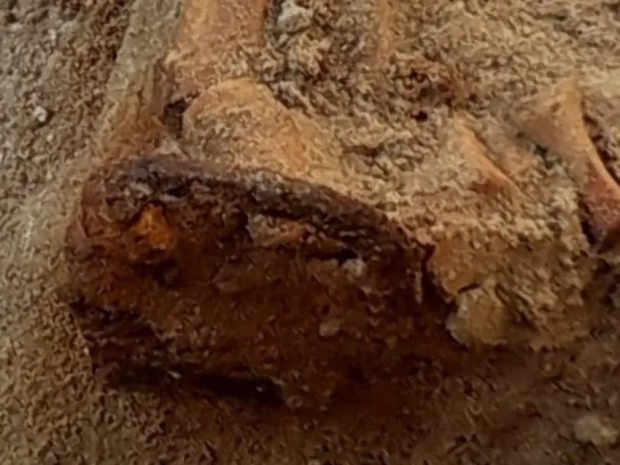 "Ways to protect against the return of the dead include cutting off the head or legs, placing the deceased face down to bite into the ground, burning them, and smashing them with a stone. The sickle was not laid flat but placed on the neck in such a way that if the deceased had tried to get up most likely the head would have been cut off or injured," said Professor Dariusz Polinski from the Nicholas Copernicus University, who led the research team.

In 2015, about 130 miles (209 kilometers) away in Drawsko, archaeologists found five sets of remains with sickles pressed against their throats or across their hips. They were found in a 400-year-old cemetery and included men and women ranging from 14 and 60 years old when they died.

"When placed in burials they were a guarantee that the deceased remained in their graves and therefore could not harm the living, but they may also have served to protect the dead from evil forces," said archaeologists from Drawsko at the time.

Interview with the Vampire: The Vampire Chronicles