NASA recently announced its selection of potential landing sites on the lunar south pole for its Artemis 3 mission that will put humans back on the surface of the Moon. 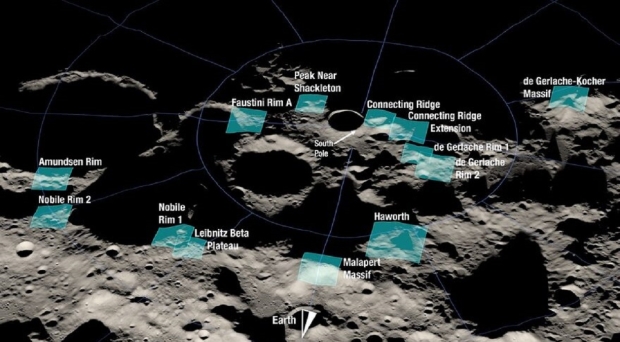 The thirteen potential landing locations are spread across various regions of the Moon's south pole, and the problem that has presented itself is that China's space agency has also selected many of the landing locations. The overlapping of landing locations has raised important questions about how the competing space agencies/nations will coordinate their respective missions along with resource division.

The reason for the overlap is that both space agencies are selecting locations that have high elevation, good lighting conditions for mission activities by humans, and their relatively close location to permanently shadowed craters that are believed to contain water ice. Christopher Newman, professor of space law and policy at Northumbria University in the United Kingdom, spoke to SpaceNews and said that the overlapping of lunar landing sites presents a genuine opportunity for collaboration between China and the US, which would demonstrate that space exploration is more than geopolitical in nature. 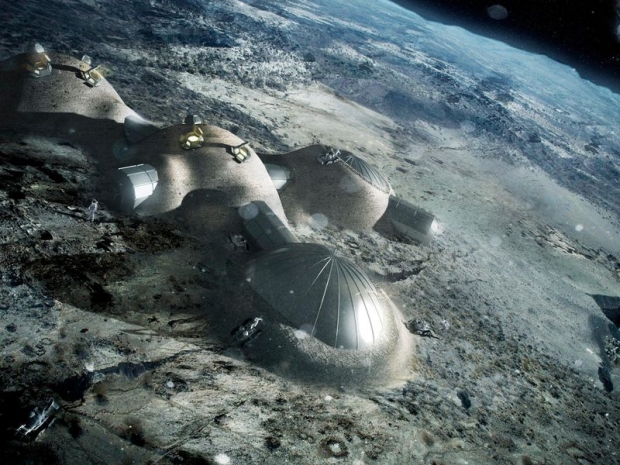 Artists rendering of a lunar colony.

Furthermore, Newman said that it's not surprising why both the space agencies have selected similar landing locations as the landing sites are "prime lunar real estate for in-situ resource utilization". Newman added that this new conundrum may be the first "potential point of conflict over resources beyond Earth."

"However, in reality it is not hard to see why they both want the same spots. It is prime lunar real estate for in-situ resource utilization. This could be the first potential point of conflict over resources beyond Earth. Both parties are signatories to the Outer Space Treaty so nominally accept the use of celestial bodies for peaceful purposes, but it will be interesting to see what happens. A lot will depend on who gets there first. This could add an unwelcome element of competition which threatens security both in space and on Earth," said Newman.

At this time, it's not known how NASA and the China National Space Administration will work out the overlapping landing locations, but as both nations close on the crewed missions to the lunar surface, a discussion will likely be forced to occur. NASA has quite some time before they put Americans back on the surface of the Moon, as the space agency needs to complete Artemis 1 and Artemis 2 before Artemis 3 can launch sometime in 2025.

Artemis 1 is NASA's main priority right now, and unfortunately, the space agency had to postpone the launch of the Artemis 1 Space Launch System (SLS) rocket that was scheduled to happen over the weekend. The scrubbing of the launch was traced back to a fuel leak that was unable to be fixed in time. Assessments are currently being on the malfunction. Read more on that story below.