Microsoft's Phil Spencer has confirmed that major Activision-Blizzard franchises will cross over to Xbox Game Pass if the company's $68.7 billion buyout goes through. 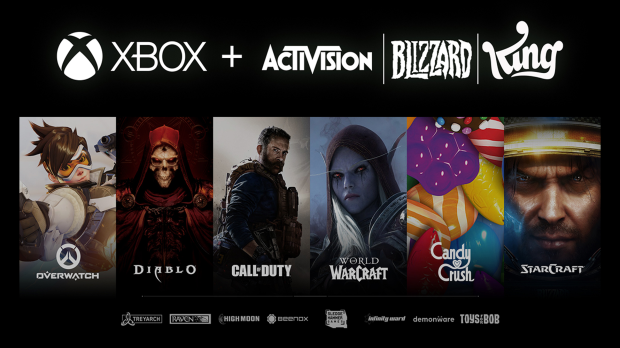 We had previously said that Call of Duty, a $30 billion franchise, was the main reason Microsoft wanted to buy Activision-Blizzard. Then Phil Spencer indicated that mobile was a major reason for the buyout; Microsoft wants to make a larger splash in mobile, and Activision has done well with Call of Duty Mobile ($1.5 billion to date), Blizzard's latest Diablo Immortal (achieved $100 million faster than Fortnite), and the mega billion dollar sensation Candy Crush ($2.58 billion in 2021).

Microsoft's entire rationale is to acquire as much content as possible to bolster its services platform. Xbox is now a service-based ecosystem that bridges consoles, PCs, and mobile devices, but Microsoft wants to secure more franchises for consistent live expansion. With Game Pass being the most transformational subscription service for Xbox with multiple years of growth, it's no surprise that Microsoft wants to fortify Game Pass as much as possible. Hence why big Activision-Blizzard franchises would jump right onto Game Pass if the merger deal goes through.

In a lengthy post explaining Microsoft's motivations with the Activision-Blizzard buyout deal, Phil Spencer confirms that major franchises like Call of Duty, Diablo, and Overwatch will come over to Game Pass if the merger is approved in worldwide regulatory markets. That means Diablo IV could end up being a Game Pass launch title.

"We are expanding choice in two ways: through the creation of Game Pass, which gives players a subscription option; and by bringing more games to mobile platforms, including through our cloud game streaming technology. Subscription services like Game Pass make gaming more affordable and help players from all over the world find their next favorite game. Game Pass empowers developers to bring more games to more players, not fewer.

"We intend to make Activision Blizzard's much-loved library of games - including Overwatch, Diablo and Call of Duty - available in Game Pass and to grow those gaming communities. By delivering even more value to players, we hope to continue growing Game Pass, extending its appeal to mobile phones and any connected device."