New details have leaked the name, setting, characters, and release date of the next Assassin's Creed game. 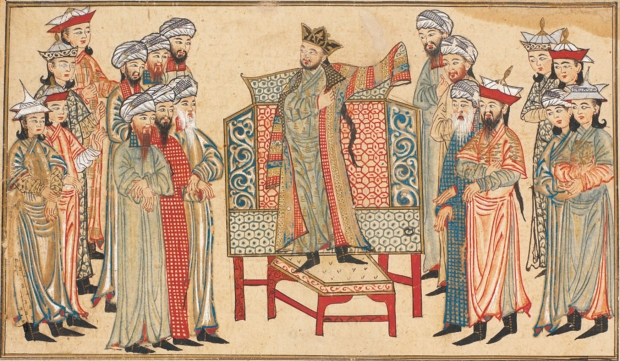 A historical image depicting the Anarchy at Samarra in late 9th century Baghdad.

According to new reports from French streamer J0nathan, the next Assassin's Creed game will be officially called Mirage. This is the same project that was codenamed Assassin's Creed Rift, and aims to be a smaller-scale game that returns to the series' roots.

Info presented by the YouTuber has been corroborated by Bloomberg's Jason Schreier, who cites sources familiar with Ubisoft's plans. Assassin's Creed Mirage will be set in Baghdad during the late 9th century and will star Basim from Assassin's Creed Valhalla.

The most unique feature of Mirage is that it will hearken back to the original Assassin's Creed trilogy and offshoot games by eliminating key RPG elements--the game is described to go "back to the basics of the franchise."

Since 2017's Assassin's Creed Origins, Ubisoft has transformed the singleplayer series into an engagement-driven hunt for loot, complete with crafting, material hunting, and other mechanics. Microtransactions have also been a hallmark of the franchise for the past half-decade as a result.

Mirage may strip away all of these new developments and leave a more cleaner, and leaner, Assassin's Creed game. Ubisoft had originally delayed Mirage into 2023, and the game is believed to be out in Spring 2023, possibly before Ubisoft's fiscal year period ends in March.

Ubisoft is set to reveal the "future of Assassin's Creed" during a special Ubisoft Forward event on September 10.