Officials have watched the Sun's growing activity for quite some time now, but recently our star released a series of powerful solar flares.

Space.com has reported that the Sun released a trio of solar flares between August 27 and August 29. The strongest of the flares was an M8-class flare that was reported to have happened on Monday, August 29. NASA ranks solar flares on a similar scale to the Richter scale used for earthquakes, but instead, it includes letters. Solar flares range in severity from A-class level being the smallest to B-class, C-class, M, and finally, X-class being the most powerful.

As outlined by NASA, each of the letters represents an increase of 10-fold the energy output from the flare, which means that an X-class solar flare is 10 times more powerful than an M-class, and an M-class is 100 times more powerful than a C-class. Notably, the scale also features a finer scale of numbers ranging from 1-9. Furthermore, the space agency notes that solar flares C-class and below are too weak to noticeably affect Earth, but M-class and above can cause radio blackouts and radiation storms that can endanger astronauts.

Solar flares are often associated with Coronal Mass Ejections (CME), which impact Earth in the following days after a solar flare has occurred. These dense streams of charged particles impact the Earth's upper atmosphere and can cause geomagnetic storms that can harm satellites, communications systems, GPS, and power systems located on Earth's surface.

Officials spotted an M4-class solar flare on Saturday and traced it back to sunspot AR3088, with the National Oceanic and Atmospheric Administration's Space Weather Prediction Center issuing a minor geomagnetic storm warning for Monday. A geomagnetic storm of this caliber is capable of causing issues for the aforementioned systems. SpaceWeather reported on August 30 a CME impact on Earth's magnetic field that came from sunspot AR3088, with the report stating that the impact was a glancing blow as the sunspot wasn't directly Earth-facing.

In other Sun news, our star recently ejected a twisting tornado of plasma 20 times taller than the Earth, with astronomers around the world monitoring its activity. Check it out below. 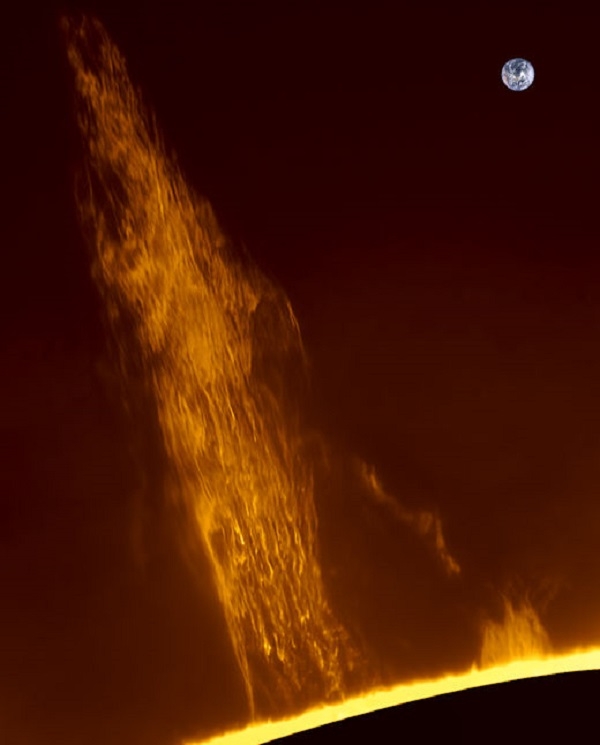