Tesla's highly anticipated Cybertruck has been spotted on a public street looking pretty worse for wear, with onlookers witnessing a towing.

From the image, we can see that the unreleased Cybertruck has been put through some tests, possibly off-road, considering the amount of dust that is seen all over its side panels. The vehicle also doesn't have any windows on at least one of its sides, and it may possibly have a cracked windshield, or the windshield is reflecting the branches of the tree behind it. Most noticeably, the vehicle is equipped with apparatuses on its sides, roof, and front. This equipment was likely necessary for any performance testing that was being conducted.

Reports indicate that the equipment seen on the Cybertruck is likely some form of cameras and sensors used to calibrate or monitor the vehicle throughout testing. Tesla fans that examined the image closely discovered that the Cybertruck still uses its large windscreen wiper, which seems to not be popular with at least some fans. Tesla's Cybertruck will be Elon Musk's most durable car yet, with Tesla even writing on its website that its "exoskeleton" is made for "ultimate durability and passenger protection".

Furthermore, Tesla claims that its windows are designed to redirect the impact force for improved performance and damage tolerance. Notably, the Cybertruck was revealed three years ago, and since then, Musk has been touting its release while simultaneously postponing its release date, citing production issues.

However, Musk said during a recent interview that now his Tesla factories spread across multiple locations around the world are up being to pick up production, following delays related to COVID-19, that Cybertruck will enter production sometime next year.

In other Elon Musk news, the Tesla and SpaceX CEO recently spoke at the ONS Foundation Conference in Norway on several topics, one of which was how necessary fossil fuels are to civilization on Earth and how more development should be put into a sustainable economy through sustainable energy. Additionally, Musk gave a big prediction for the car industry and said what the two things are that keep the richest man in the world up at night. For more information on those stories, check out the links below. 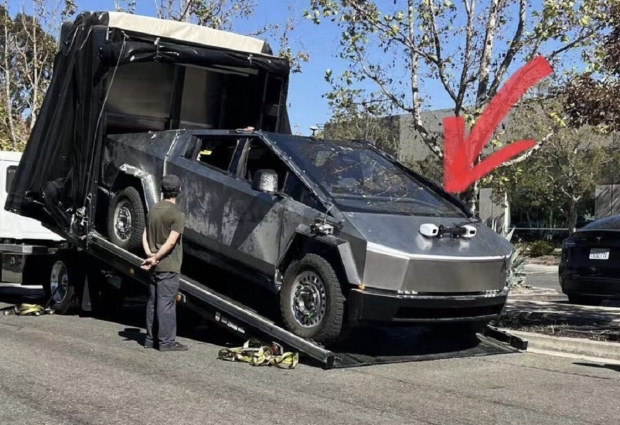