The first season of Sony's new Twisted Metal TV show has finished filming and is in editing phases. 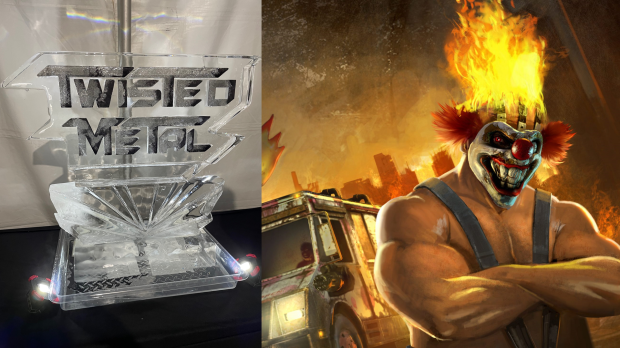 Video game adaptations are the next big thing, and Sony is investing heavily into TV show and film renditions of its games. Right now Sony's PlayStation Productions label is working alongside its Pictures and Music branches on creating 11 different shows and movies. One of these projects, a new show based on its old-school 1990s Twisted Metal franchise, has just finished filming.

Showrunner Michael Jonathan Smith (writer and producer of Cobra Kai) shared the news on Twitter roughly six months after Deadline's report on the show's casting and plot. The Twisted Metal show is described as a high-octane, post-apocalyptic comedy with destruction, marauders, and a world of mayhem and carnage.

The series stars Bojack Horseman's Will Arnett as the voice of Sweet Tooth, the iconic maniacal clown. Anthony Mackie, who plays Falcon the Marvel films, who will lead the cast as the main character.

The show will be aired on NBC's Peacock streaming service but no release date or window has been announced.

"This adrenalin-infused comedy series is in expert hands with our partners at Sony Pictures Television, PlayStation Productions and Universal Television, and will be the perfect addition to Peacock as we continue to look for uniquely entertaining programs," NBC Universal's Lisa Katz said in February.

Sony is believed to be working on a new Twisted Metal game of some sort that could be announced--or even release--at the same time as the show. Reports indicate the Twisted Metal game may be a free-to-play title that corresponds with Sony's new plans to release 12 live service games by 2025.