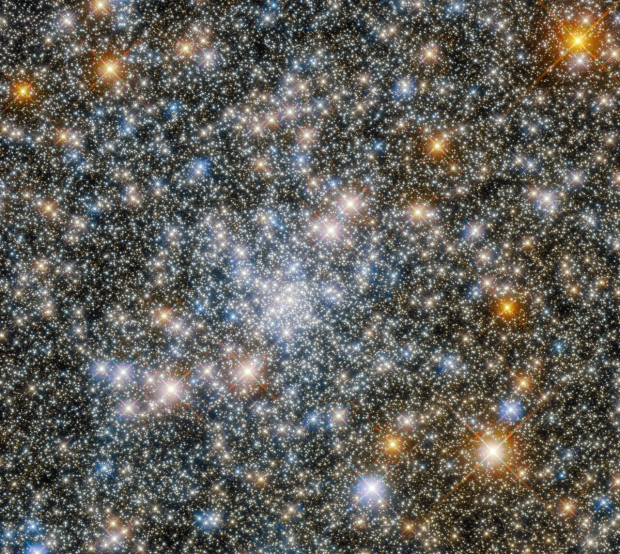 Being 30 years, the Hubble Space Telescope has achieved much during its time in operation, and while being far superseded by the James Webb Space Telescope, Hubble can still produce some incredible images. The ESA has taken to its website to showcase a new image of globular cluster NGC 6540. The photograph was snapped with Hubble's Wide Field Camera 3 and Advanced Camera for Surveys and reveals thousands to millions of stars all bound together by gravity.

NGC 6540 is located within the constellation Sagittarius, and the above composite image displays many bright stars that are defined by their diffraction spikes, which is the cross-shaped pattern seen across various stars. Notably, these cross-shapes are an imaging artefact that is caused by Hubble and not the star.

"The brightest stars in this image are adorned with prominent cross-shaped patterns of light known as diffraction spikes. These astronomical embellishments are a type of imaging artifact, meaning that they are caused by the structure of Hubble rather than the stars themselves. The path taken by the starlight as it enters the telescope is slightly disturbed by its internal structure, causing bright objects to be surrounded by spikes of light," wrote the ESA.

Astronomers pointed Hubble to the heart of NGC 6540 to observe the ancient gas and dust that shrouds the region, with the ESA noting that globular clusters such as NGC 6540 hold secret insights into the evolution of the Milky Way, and by researching them, astronomers can learn about how everything came to be.