CNBC has reported that a viral video posted to the Whole Mars Blog YouTube channel was recently removed by YouTube. 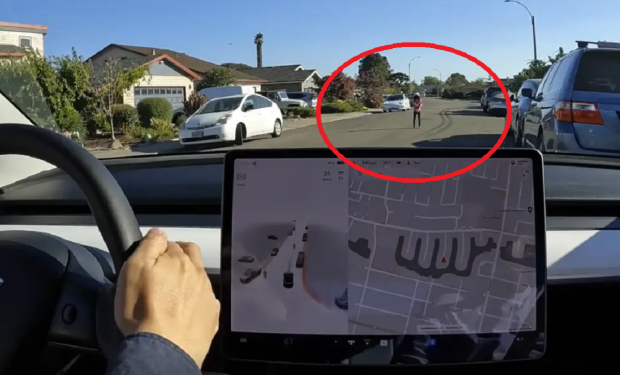 A Tesla fan has put his vehicle to the test by placing mannequins in the middle of the road to test Tesla's Full Self-Driving feature. The video was in response to a viral video that depicted Tesla vehicles failing to stop for child mannequins when traveling at high speeds, which sparked Tesla fans to perform the test for themselves and, in Whole Mars Blog's case, on live children. The test was conducted with Tad Park, the CEO of EV investment company Volt Equity, and his children.

The video of the test seemingly debunking the original viral video of the Tesla's traveling at high speeds was removed by YouTube, with BusinessInsider reporting that a YouTube spokesperson informed that the video violated YouTube's guidelines as the content was related to endangering minors. Park spoke to Insider and said that CNBC's report on the video put pressure on YouTube, which caused them to remove it.

"This wasn't a test, as we were not pushing the system in any way. It was simply a demonstration of the capabilities of the system and that it could recognize pedestrians," said Park to CNBC.

Adding that his vehicle was never traveling over 8 mph and that he was always ready to intervene if the Full Self-Driving feature failed to identify his child.