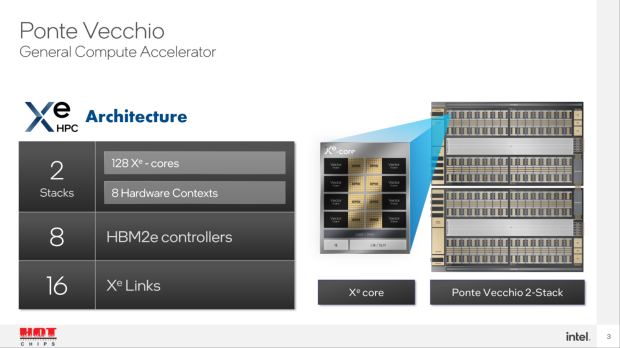 The next-gen Intel Ponte Vecchio GPU was detailed during a presentation by Intel Fellow and Chief GPU Compute Architect, Hong Jiang, where the new Ponte Vecchio will arrive in 3 configurations with a single OAM that has up to an x4 Subsystem with Xe Links, in a single or dual-socket Intel Sapphire Rapids platform.

Performance-wise, Intel said a 2-Stack Ponte Vecchio GPU configuration on a single OAM is capable of up to 52 TFLOPs of FP64/FP32 compute, 419 TFLOPs of TF32 (XMX Float 32), 839 TFLOPs of BF16/FP16 and 1678 TFLOPs of INT8 horsepower. Intel said its maximum cache sizes and peak bandwidth for each of them: the Register File size on Intel's new Ponte Vecchio GPU is 64MB with a huge 419TB/sec of memory bandwidth.

Intel Ponte Vecchio GPUs have L1 cache of 64MB with 105TB/sec (4:1) and L2 cache with 408MB total, offering 13TB/sec of bandwidth (8:1) while HBM memory pools at up to a great 128GB with 4.2TB/sec of bandwidth (4:1). Intel says that the chunkier L2 cache offers some huge performance gains in workloads including 2D-FFT Case and DNN Case. 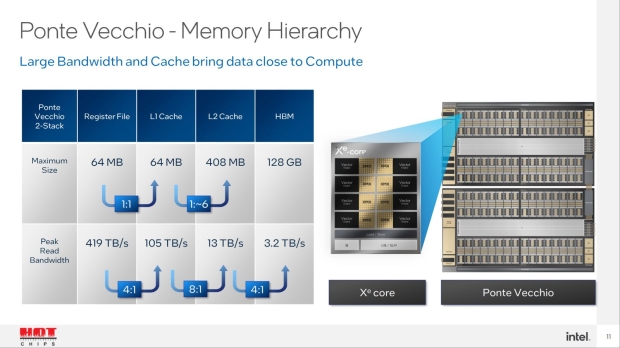 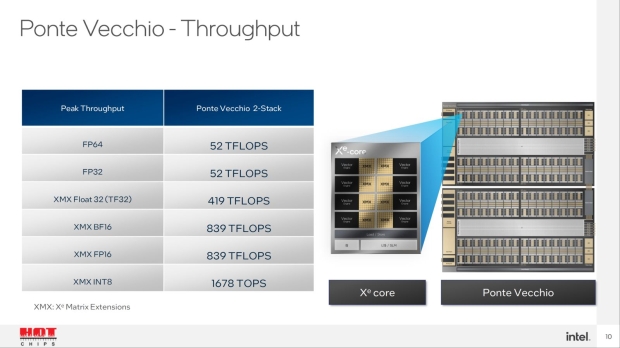 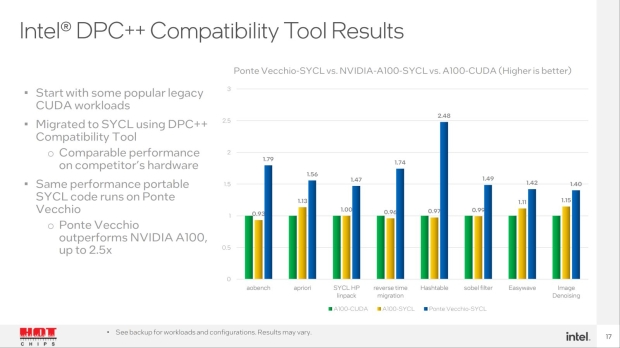 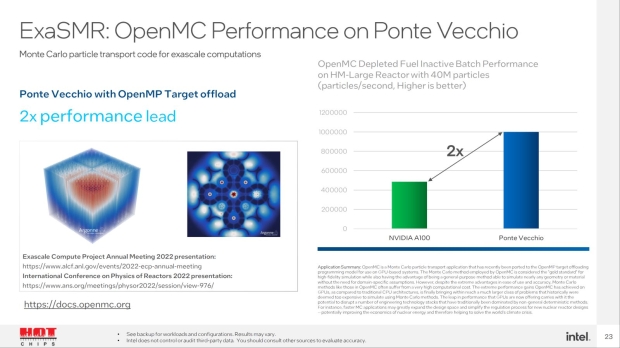 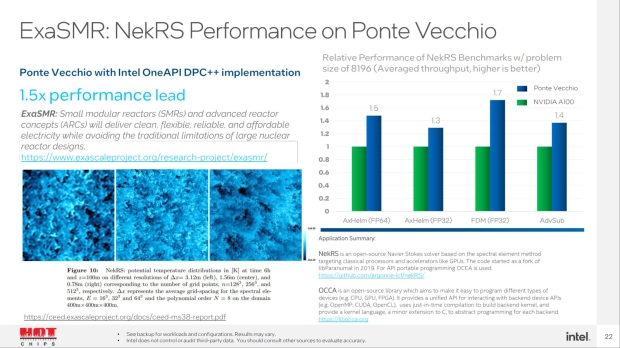 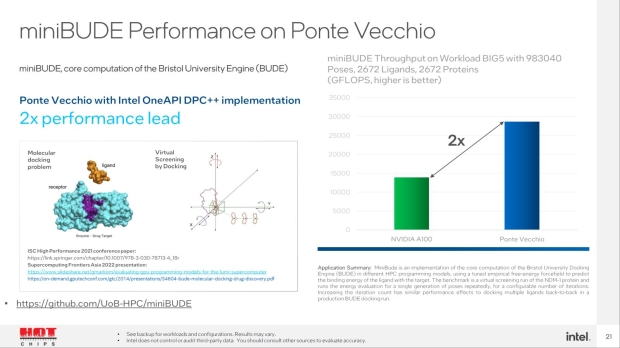 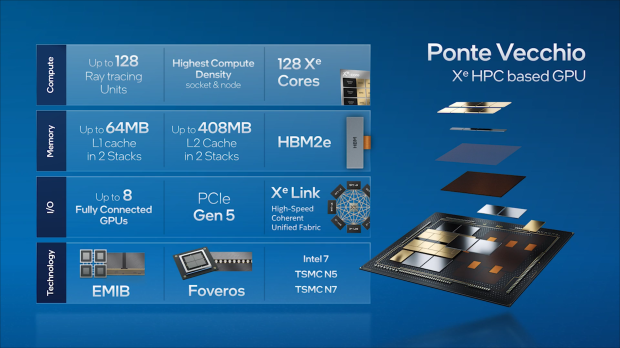 Intel has an impressive 47 tiles on the Ponte Vecchio GPU: