Famously space is believed to be silent but that isn't always the case as NASA has "listened" to a black hole.

NASA took to its social channels on Monday to share a common misconception about space, and that is most people believe there is no sound at all since its a vacuum, which means there is no way for sound to travel. However, this isn't the case for galaxy clusters, as NASA writes that there is so much gas within some galaxies clusters that researchers are able to create a sonification. Notably, the audio clip was posted back in May, but the re-sharing has caused sparked virality with many people commenting on NASA's posts.

As explained in NASA's May release, there is a black hoel located at the center of the Perseus galaxy cluster, and astronomers discovered that pressure waves created by the black hole ripple through the galaxy's hot gas. Notably, researchers were able to translate these pressure waves into notes that humans are able to hear. The results have been interpreted as somewhat eerie and the created sound resembles similar sounds heard in horror or thriller movies.

"In some ways, this sonification is unlike any other done before (1, 2, 3, 4) because it revisits the actual sound waves discovered in data from NASA's Chandra X-ray Observatory. The popular misconception that there is no sound in space originates with the fact that most of space is essentially a vacuum, providing no medium for sound waves to propagate through. A galaxy cluster, on the other hand, has copious amounts of gas that envelop the hundreds or even thousands of galaxies within it, providing a medium for the sound waves to travel," wrote NASA.

"Everyone is talking about how eerie this is but to me the way it just cuts off is by far the creepiest part," astronomy blogger Phil Plait said. 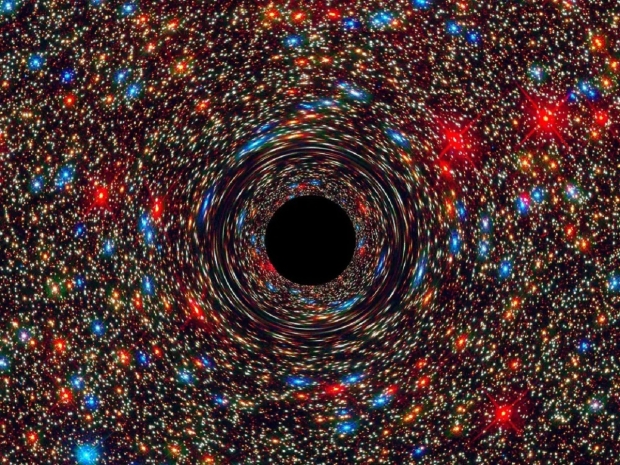