Intel has just pushed out its new Arc graphics driver "30.0.101.3268" with some new titles getting Game-On support, a list of games that have been optimized, and a bunch of the usual bugs being squashed. 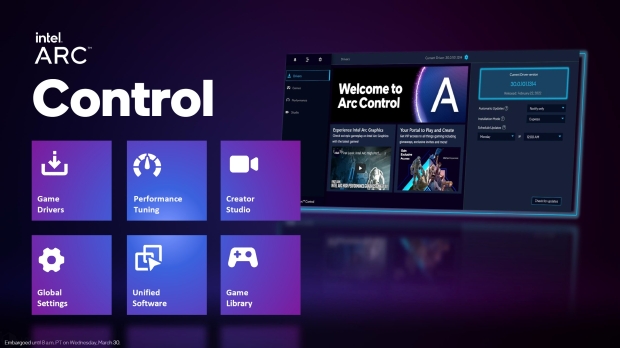 The new Intel Arc graphics driver "30.0.101.3268" has Game-On support for both Saints Row and Madden NFL 23, on the Intel Arc A-series graphics cards, while there are optimizations for the just-released Marvel's Spider-Man Remastered.

Along with the new Spider-Man Remastered optimizations, Intel's new Arc GPU drivers also fix Shadow of the Tomb Raider from crashing when setting the Ray Traced Shadow Quality to High. Intel notes that a workaround to this is changing it to "Medium" or "Off" instead.

Intel's new Arc graphics drivers also have optimizations for other games, as well as some internal installer problems like the Windows Update driver rollbacks while enhancing the Arc Control software experience. There are fixes for the Smooth Sync technology, the in-game overlay telemetry, UL scaling, and performance tuning.